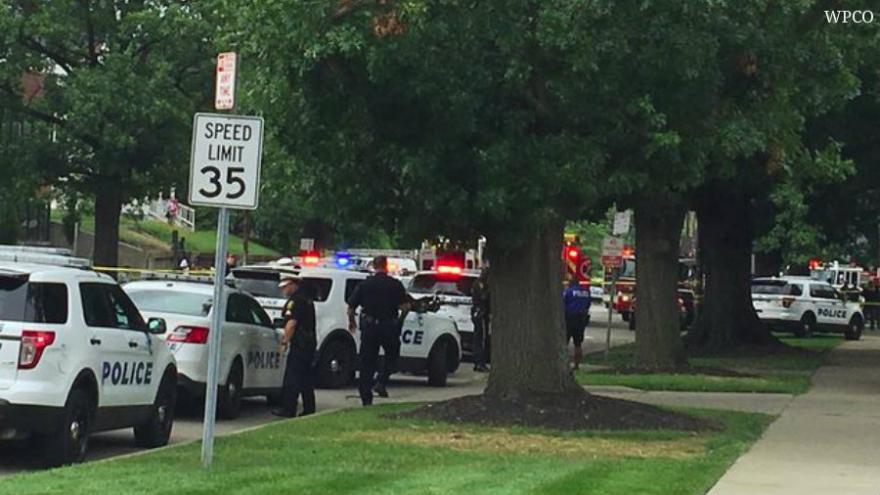 CINCINNATI, Ohio – A police officer is recovering after he was shot in the arm Friday afternoon, according to our affiliate WPCO. The suspected shooter is dead.

Cincinnati Police served a felony warrant to an individual at the East Walnut Hills apartments at 3:40 p.m.

Shots were fired when officers approached the suspect.

The officer was taken to the University of Cincinnati Medical Center and is expected to make a full recovery.

According to CPD, the Homicide Unit and the Coroner were on the scene around 6 p.m.

Both crews confirmed the male was shot to death. Officials believe he was shot during the confrontation.

In a news conference reported on by WPCO, Mayor John Cranley said the suspect was allegedly a violent offender and pulled a gun when officers arrived.