Oklahoma legislator's questionnaire asks Muslims: 'Do you beat your wife?' 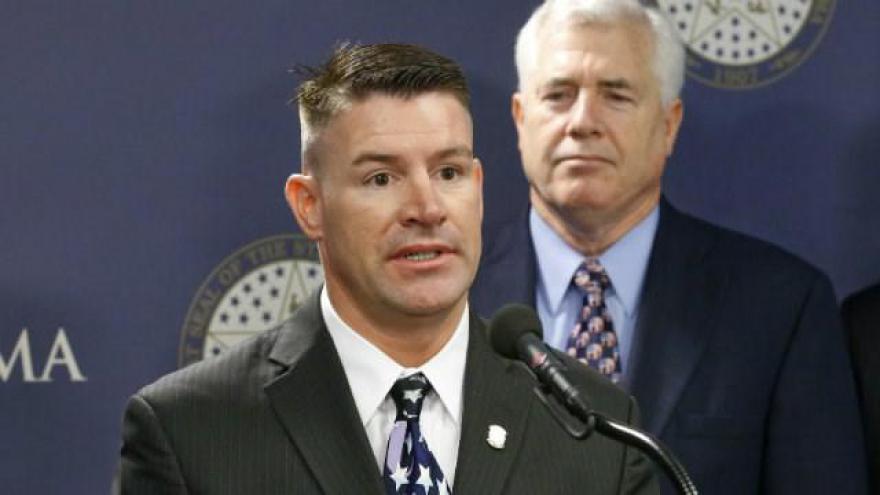 (CNN) -- Three Muslim students who wanted to talk with an Oklahoma state legislator about Islam were told to fill out a questionnaire first, said a state leader of the Council on American-Islamic Relations.

"Do you beat your wife?" said one question on the form Rep. John Bennett's assistant gave them. "Do you denounce the terrorist organization Hamas?" was another.

The law student and two high school students were shocked and insulted because the 17 questions were based on misinformation about the religion, said Adam Soltani, state director of CAIR.

The students didn't meet Bennett, a Republican, and left his office in the state capitol.

"Nobody should be vetted with stupid, Islamophobic, hateful, bigoted questions before they meet with their representative," Soltani said on a Facebook video. "Let's hold him accountable."

CNN was not able to reach Bennett for comment, but he provided details of the incident to CNN affiliate KFOR.

Bennett said he had already left his office when the students visited, KFOR reported. He said he instructed his assistant to tell the students to fill out the questionnaire, make an appointment and bring their religious texts for a discussion.

Bennett, who has been critical of Muslims in the past, said the questionnaire is based on Islamic religious books and writings by Islamic scholars.

For instance, the full question about wife-beating is: "The Quran, the sunna of Mohammed and Sharia Law of all schools say that the husband can beat his wife. Do you beat your wife?"

In the response to KFOR, Bennett wrote: "In summary, according to the Quran, Hadith and Islamic law, a woman may indeed have physical harm done to her if the circumstances warrant, with one such allowance being in the case of disobedience. This certainly does not mean that all Muslim men beat their wives, only that Islam permits them to do so."

"The questionnaire was left for them to provoke their thought. If they weren't aware of what Islam stands for they should know and research, then make a better informed decision on what they want to support or not. If they are aware of what Islam, Sharia, CAIR, jihadist stand for and still support it then they are part of the problem," Bennett wrote to the station.

The three students visited the state capitol last Thursday for an annual event in which state Muslims talk to lawmakers.

Soltani said they knew about Bennett's previous comments criticizing Islam but wanted to show him what Muslims were really like.

The Oklahoma Democratic Party issued a statement saying the questionnaire was "riddled with hate and misinformation."

"What will it take for our governor and Republican legislators to stand up and denounce Bennett's behavior?" the statement said.

Bennett says he served in the Marines and is a staunch Christian, according to a video on his legislative page. He's known for making highly critical statements about Islam.

In 2014, he posted on Facebook that Oklahomans should "be wary" of Muslim Americans, reported CNN affiliate KWTV.

That same year, the Tulsa World reported, he told a group Islam wants to destroy Western civilization and "is a cancer in our nation that needs to be cut out." He's also been critical of CAIR, which he calls "a terrorist organization."