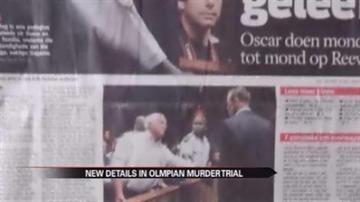 He burst into tears during his court appearance. The judge announced that he will be charged with premeditated murder.

Police said he shot his girlfriend four times through a bathroom door, but a neighbor on the scene said he found Pistorius performing CPR.

"Her future has been cut short," said Mike Steenkamp, the victim's uncle. "I dare say she's with angels."

The victim recently competed in a South African reality show. Producers said it will launch as scheduled with a special tribute to life of the young woman.