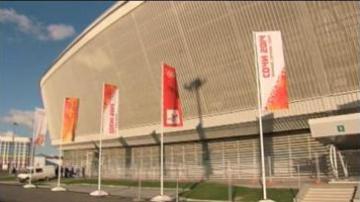 Hungary's Olympic Committee says it and other nations have received an e-mail threatening athletes if they show up to the games.

The International Olympic Committee says it does not believe the threats are credible.

Meanwhile, officials continue their search for a known terrorist named the "Black Widow." She is a woman who they consider very dangerous that could be plotting an attack.