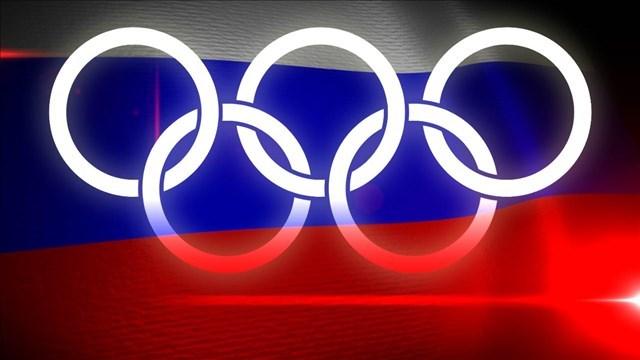 (CNN) -- The International Olympic Committee will not issue a blanket ban on Russian athletes hoping to compete in the 2016 Olympic Games and will instead leave the decision on competitors' eligibility up to their respective sporting federations, the IOC said in a statement Sunday.

All this was carried out under the direction of the country's sport authorities to cover up doping across a "vast majority" of winter and summer sports, the report stated, leading many to call for Russia to be banned from the Rio Games, which begin August 5.

However, Sunday's announcement means Russian athletes "will be accepted by the IOC" to compete in Rio if they can meet strict anti-doping criteria, have no doping history and are given the green light by their own sports governing body.

Federations "should carry out an individual analysis of each athlete's anti-doping record, taking into account only reliable adequate international tests, and the specificities of the athlete's sport and its rules, in order to ensure a level playing field," the IOC statement said.

On a conference call with reporters Sunday, IOC president Thomas Bach said the IOC's decision had been difficult and that he was aware it would not please everybody.

The upshot of the IOC'S decision is that it now appears that hundreds of Russian Olympic hopefuls must be cleared by their sports' federations on a case by case basis before the Games begin in 12 days.

Bach admitted that "this is a very ambitious timeline" but added that the IOC had "no choice."

The IOC also made clear that Russian runner and whistleblower Yulia Stepanova will not be able to compete in Rio given her previous doping sentence. Stepanova had previously hoped to compete in the games under a neutral flag.

Although the IOC expressed gratitude for Stepanova's actions in its statement, it added that "the circumstances in which she denounced the doping practices which she had used herself ... do not satisfy the ethical requirements for an athlete to enter the Olympic Games."

Russia's sports minister, Vitaly Mutko, later told the R-Sport TV news agency that the IOC judgment was an "objective" one.

The country's Olympic minister, Alexander Zhukov, said that the IOC had come to "a well-considered decision which allows our athletes to compete in the Olympics under the Russian flag" despite pressure against them from the western media.

Yet that view was not shared by the head of the U.S Anti-Doping Agency (USADA), Travis Tygart. "In response to the most important moment for clean athletes and the integrity of the Olympic Games, the IOC has refused to take decisive leadership," Tygart said in a statement posted on the USADA Twitter feed.

He added that it was frustrating the IOC would "pass the baton to sports federations who may lack the adequate expertise or collective will to appropriately address the situation within the short window prior to the games."

Despite the IOC's ruling, Russia remains suspended from track and field events in Rio by the International Association of Athletics Federations (IAAF), a decision that was upheld by the Court of Arbitration for Sport last week after an appeal by the Russian Olympic Committee and 67 Russian athletes.

That suspension was introduced in response to a previous independent WADA report on doping last year. The IAAF confirmed that the ban remained in place Sunday.

It found that urine samples of Russian athletes had been manipulated across the majority of summer and winter Olympic sports from 2011 through to August 2015.

Russia finished atop the medal standings at the Sochi Winter Games in 2014, securing 33 medals, including 13 gold. Two years before at the London Summer Games, Russian athletes won 79 medals, of which 22 were gold.

McLaren concluded that Russia's "Ministry of Sport directed, controlled and oversaw the manipulation of athletes' analytical results or sample swapping, with the active participation and assistance of the FSB, CSP and both Moscow and Sochi Laboratories."

The FSB is Russia's federal security service, while the CSP is involved in the training of Russian athletes.

It also recommended Russian officials be denied access to international competitions, including Rio 2016.

The last time Russian athletes didn't compete in an Olympic Games was in 1984. Back then, at the height of the cold war, a tit-for-tat dispute with the U.S. ensured athletes from the Soviet Union did not travel to the Los Angeles Games.

American athletes had previously not attended the 1980 Games in Moscow following the Soviet invasion of Afghanistan in 1979.