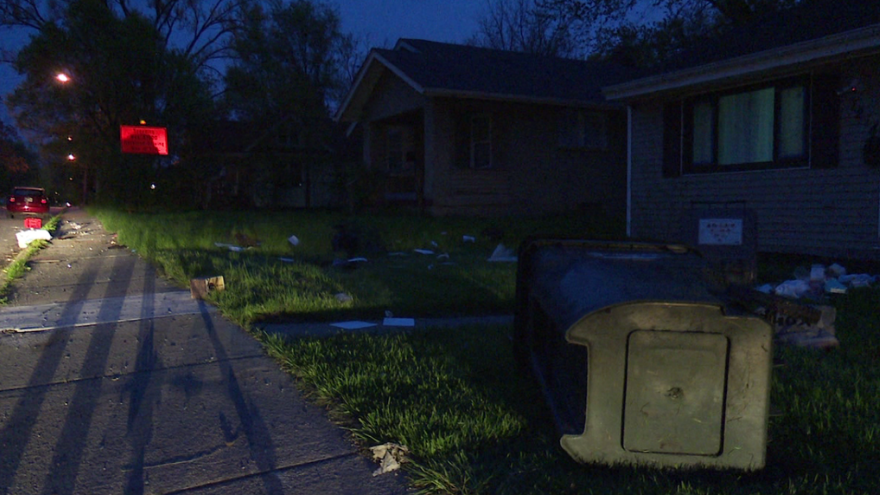 Police responded to the crash around 4 a.m. at the intersection of Olive and Humboldt.

According to South Bend Police, a female driver was traveling north on Olive and crashed head on with a driver traveling south on Olive. The impact caused the female driver's car to crash into a third, parked car, which knocked trash and debris through the front yard of a home.

The female driver was treated for a cut. She had a child in the car at the time of the crash who police said was okay, but went to the hospital to be checked out.

Police said that drugs alcohol do not appear to be factor but speed was factor.