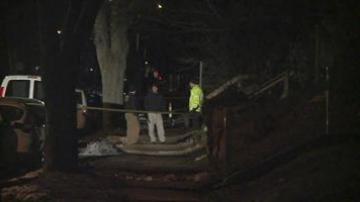 SOUTH BEND, Ind. -- One person was killed, and two were injured in a shooting in South Bend. It happened on the 1800 block of Johnson Street on South Bend's northwest side around 8:15 Wednesday night.

Authorities said the suspects involved in the triple shooting may have used assault rifles and 9 mm handguns.

Officers arrived on scene armed with assault rifles of their own. They searched through the neighborhood and inside homes looking for the suspects.

Their detectives were at the crime scene collecting evidence until 3 a.m. Thursday morning.