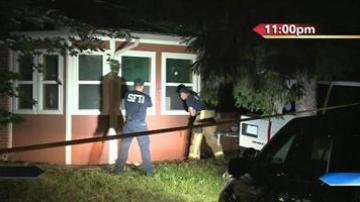 KOSCIUSKO COUNTY, Ind. -- The Kosciusko County Sheriff's Department is investigating a shooting that left  one man dead and two others injured.

It happened around 7 p.m. Monday in the 9000 block of East Doswell Drive in Cromwell.

Police confirm that the resident of the home was found dead in one of the bedrooms.

Officers found 2 other men wounded on the scene.

According to Sergeant Chad Hill, both patients were in critical condition.