One home destroyed, 50 damaged in explosion 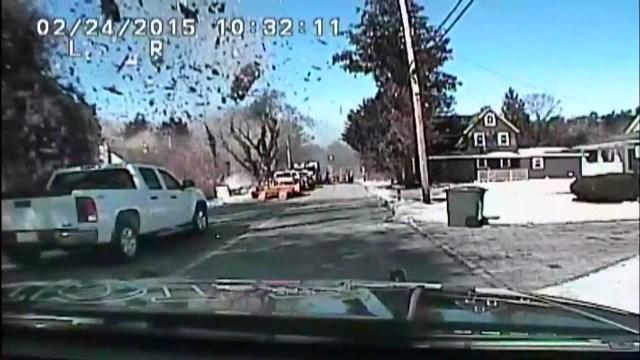 (ABC NEWS) -- At least one home was destroyed and 50 others were damaged in an explosion early Saturday morning in Oklahoma City.

The force of the blast was so strong it was measured on an earthquake seismograph.

A man sleeping inside the home that exploded survived. He was hospitalized with non life threatening injuries.

Fire officials say the local gas company was working on a meter near the home when a fire started. Moments later, there was an explosion.

"I told my dad that I smelled natural gas. So, my next thought was that something exploded," said Gabi Marks.