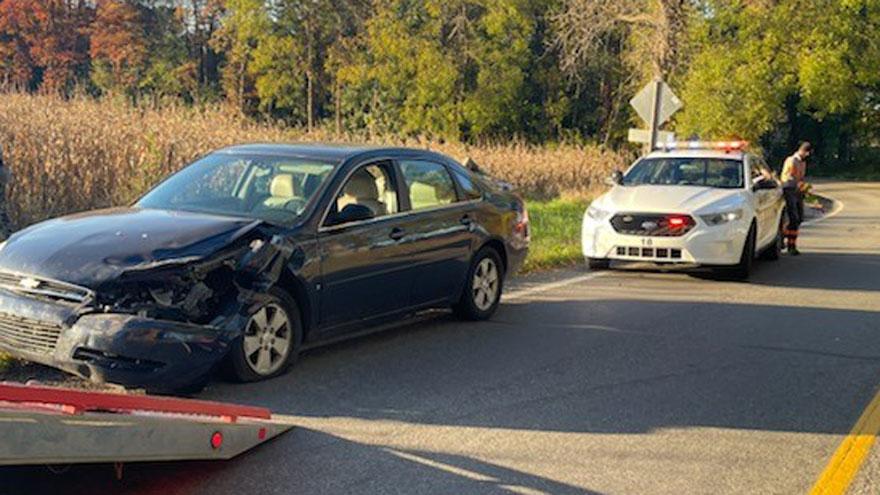 CASS COUNTY, Mich. – One person was injured in a two-vehicle crash on Tuesday evening, the Cass County Sheriff’s Office reported.

At 5:30 p.m., deputies responded to the area of Dailey Road, north of Coulter Street, in Jefferson County for a report of a two-vehicle crash.

As the first vehicle was trying to pass the second vehicle, the two collided.

The driver of the second vehicle was taken to the hospital for minor injuries.

Seatbelts were worn and drugs and alcohol do not appear to be factors in the crash.