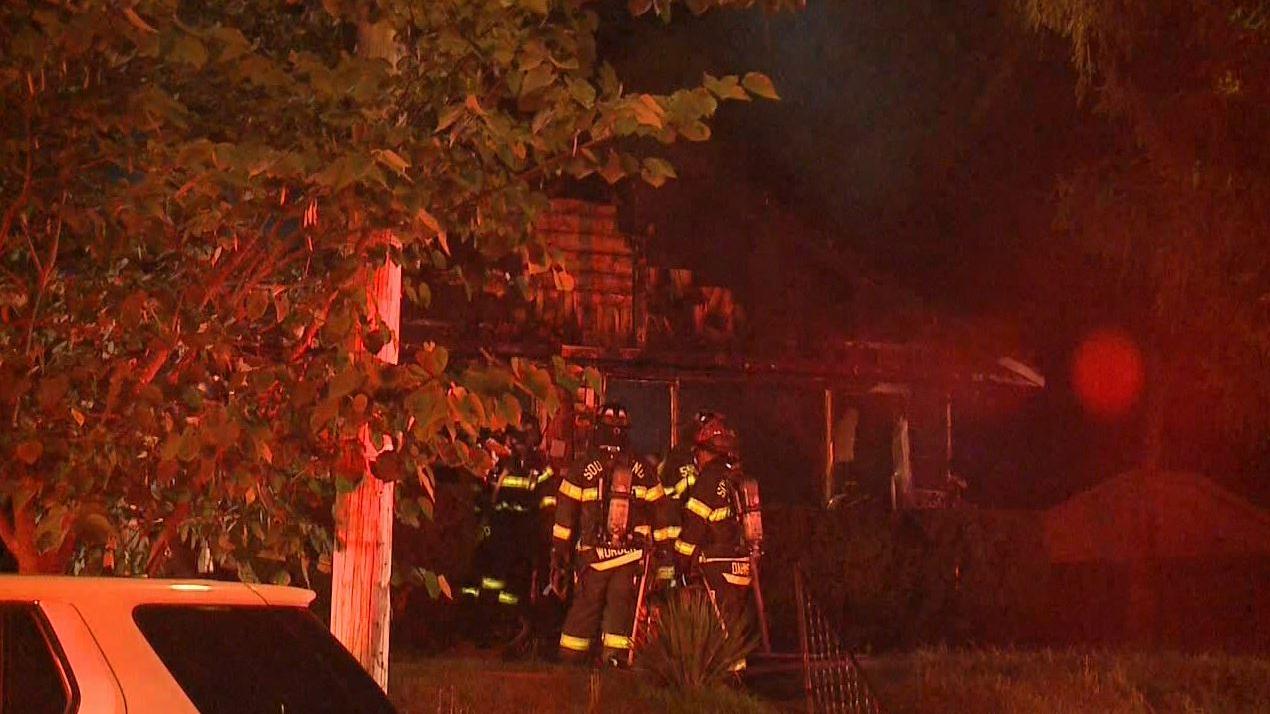 A South Bend man was sent to the hospital after flames engulfed his home early Thursday morning. It happened in the 400 block block of Fairview Avenue.

The fire broke out just before 1:00 a.m. When crews arrived on scene flames were surrounding the front door.

AEP crews also had to be called to the scene after a downed power line limited firefighter's ability to fight the flames from the rear of the home, where the fire was most intense.

The homeowner was taken to the hospital with minor injuries.

"The occupant the only occupant stated that he was the only one inside at the time I believe he tried to extinguish the fire himself and might have suffered some minor burns not sure of the extent," said Battalion Chief, Carl Buchanon.

The warm temperatures made fighting the flames even more difficult. Firefighters have to wear gear in excess of 50 pounds.

"Obviously you can understand that with the gear we are wearing to protect us it also creates that barrier between our body heat and natural heat and its really kinda uncomfortable, but its for safety purposes and that's all were concerned," said Buchanon.

Chief Buchanon says medics are on standby with fluids making sure firefighters are staying hydrated.

As for the cause of the fire, it remains under investigation.