One of the wettest years on record in South Bend

NOW: One of the wettest years on record in South Bend

UPDATE -- As of 5 PM New Year's Eve, 2018 has solidified the third spot in the wettest years on record ranks. 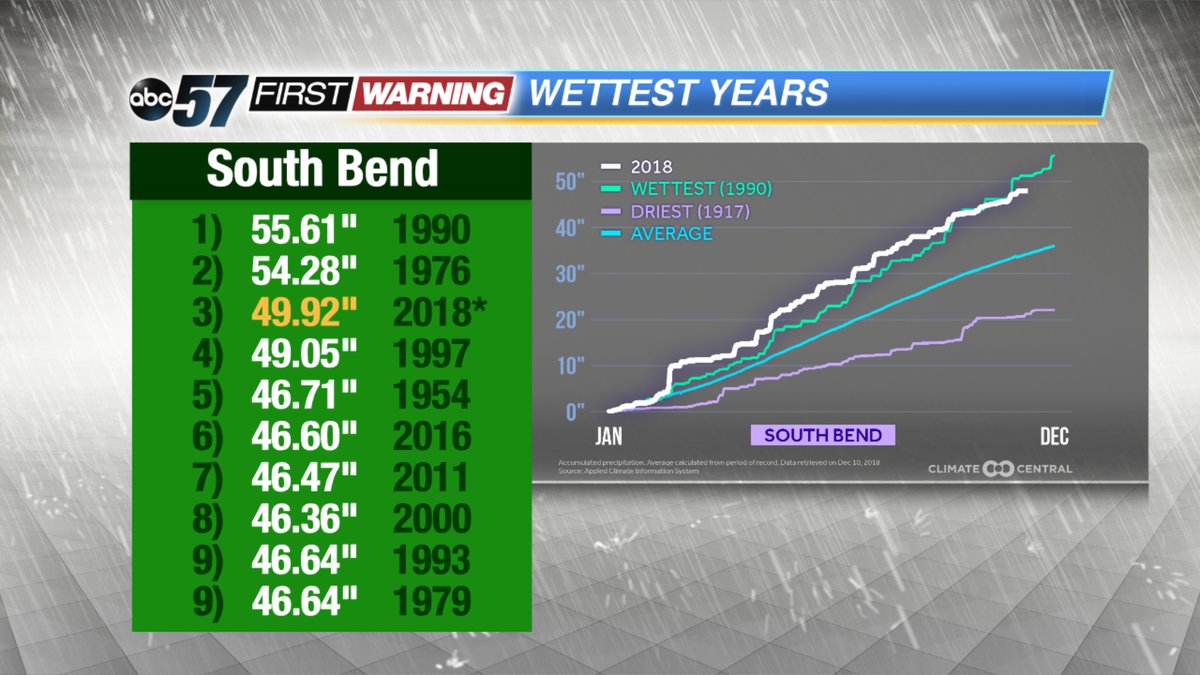 SOUTH BEND, IND – This year, 2018 was one of the wettest on record in South Bend. The year began with record rainfall and historic flooding in February. The first half of the year was incredibly wet with monthly precipitation records set for both February and May. 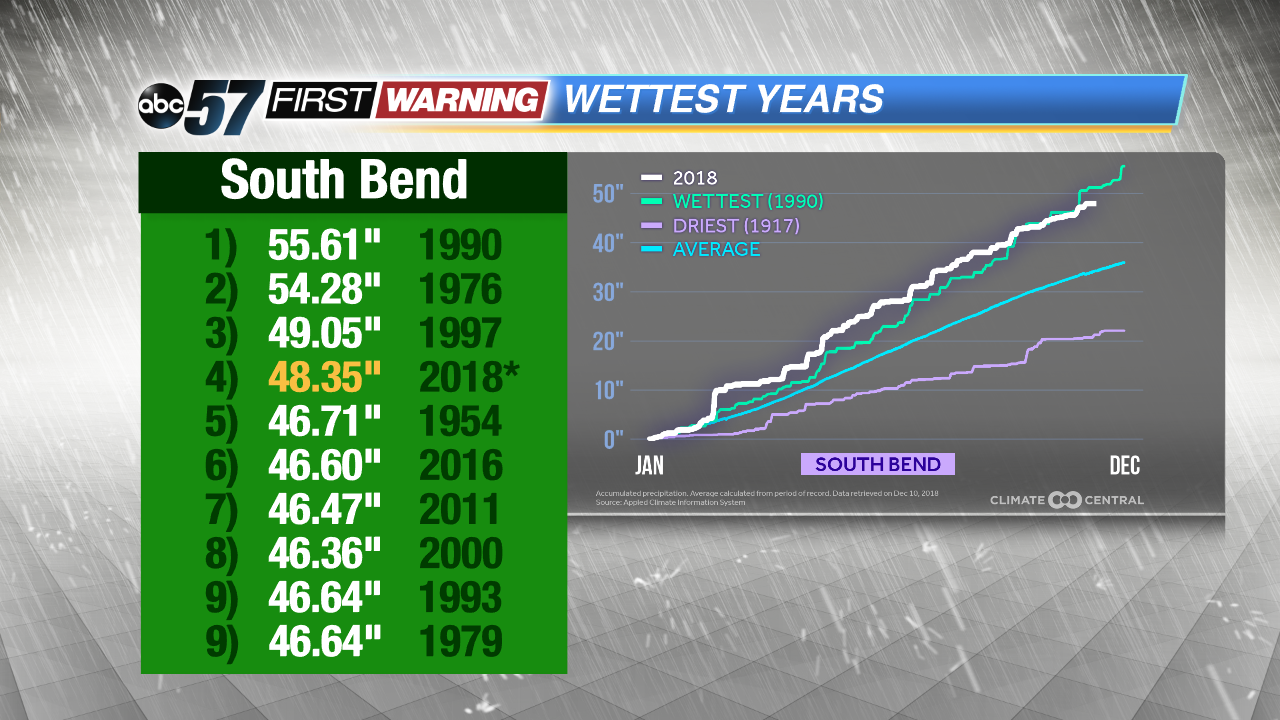 Comparing 2018 to the wettest year on record 1990, it matched or surpassed the rate of precipitation for much of the year. The difference, while 2018 has seen above normal precipitation the second half of the year, it pales in comparison Oct-Dec 1990 with almost 20 inches of precipitation. Precipitation is used in this context because this includes rain and snow (melted liquid equivalent). As of December 17th this year ranked 4th wettest. 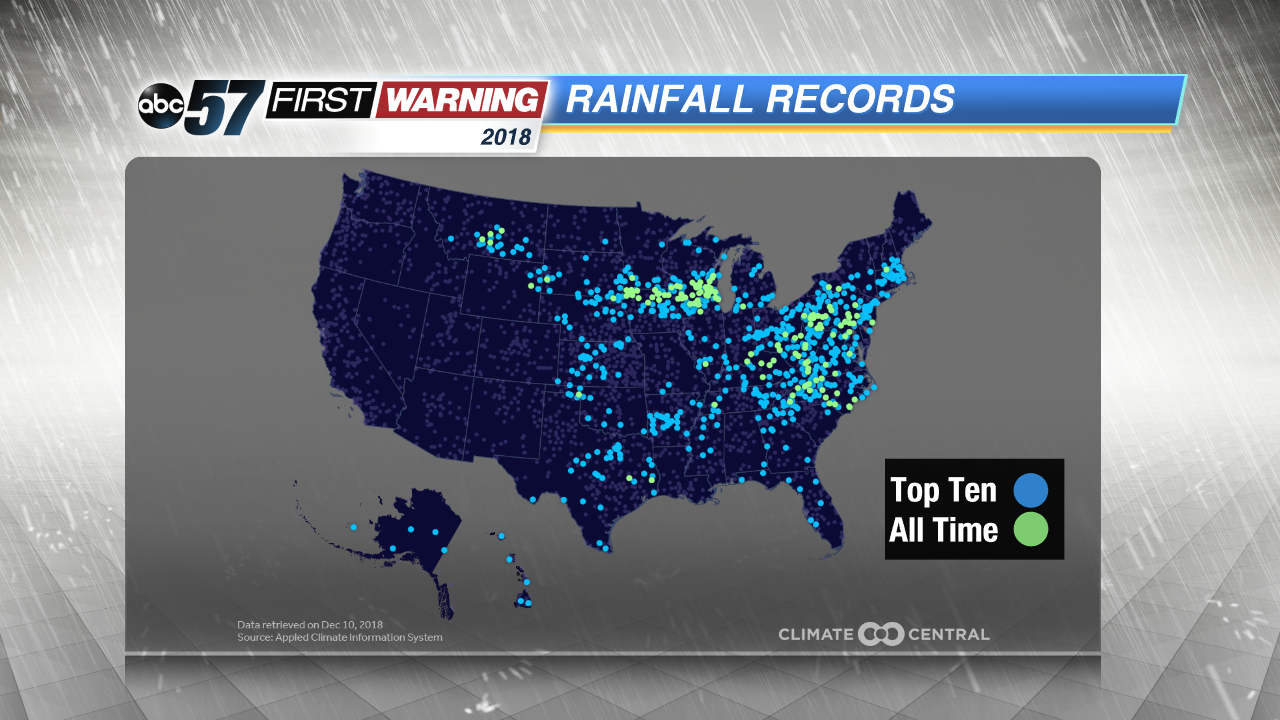 South Bend was not an outlier, much of the eastern half of the country saw record or near record rainfall, especially across Southern Wisconsin and the Mid-Atlantic.

This reinforces the predictions of man-made climate change. As stated in the latest National Climate Assessment, “More frequent and intense extreme weather and climate-related events, as well as changes in average climate conditions.” Are happening now, this year and are likely to happen more in the future.

Five of the 12 wettest months in South Bend have happened since the year 2000, two of them just this year. 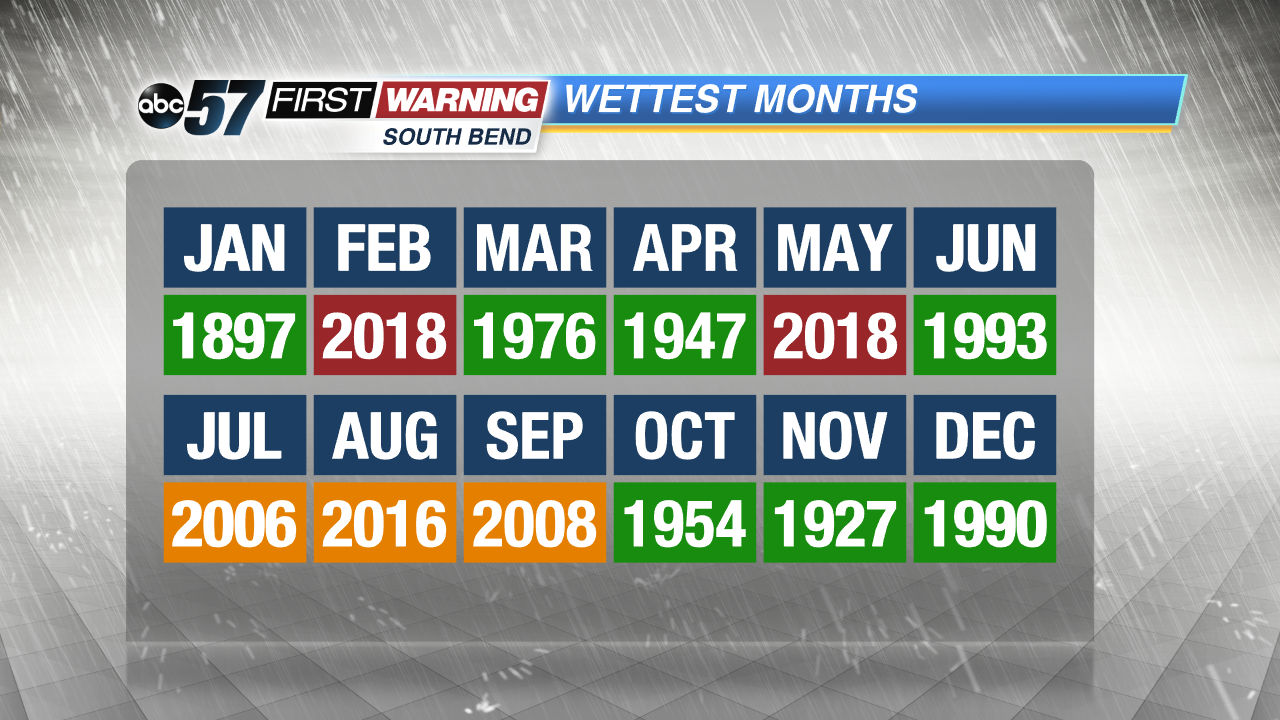