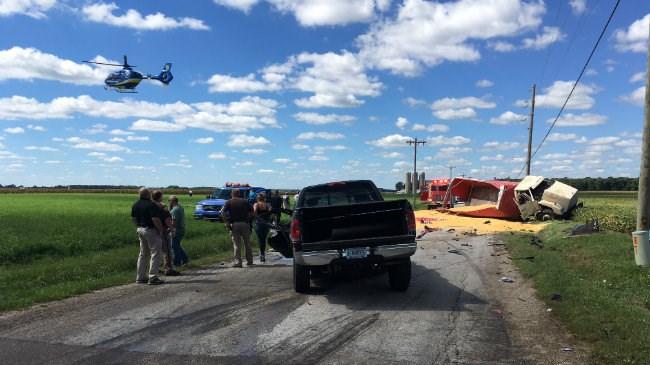 One person is dead after a fatal accident involving a pickup truck and grain truck that occurred just east of Leesburg Monday afternoon.

Kosciusko County Sheriff’s Department Deputies responded to the report of a crash with one individual ejected from a vehicle at the intersection of County Road 700 North and County Road 200 East at approximately 12:34 p.m.

Deputies say upon arrival, it was determined one of the drivers was dead at the scene.

The driver of the grain truck was air-lifted from the scene in serious condition and taken to Lutheran Hospital in Fort Wayne.

Officials say the names of the drivers are unavailable until the families are notified.

The Kosciusko County F.A.C.T. team is still investigating the crash.