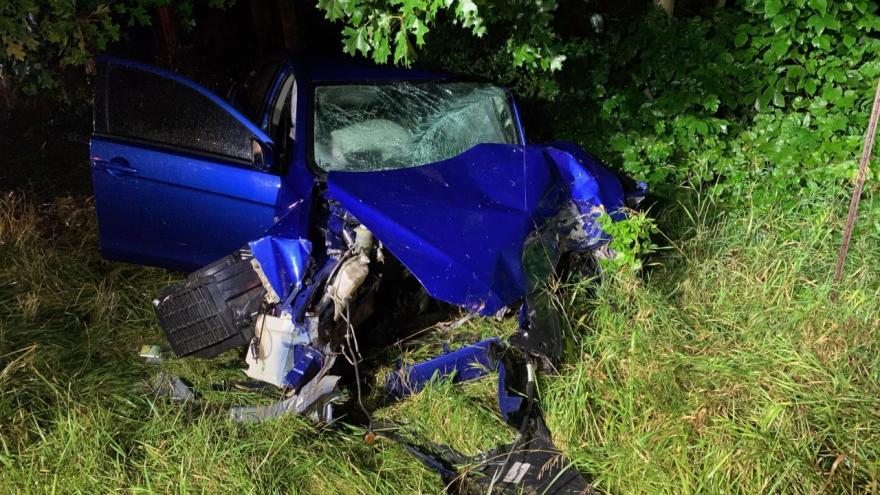 The driver of the vehicle, a 20-year-old from Warsaw, was traveling northbound on C.R. 300 E. when he reportedly lost control of his vehicle on the wet roadway, deputies said.

The vehicle exited the road and struck several trees, according to reports.

The driver was airlifted to a Fort Wayne hospital for non-life-threatening, internal injuries.