One person killed in crash on Toll Road in Elkhart 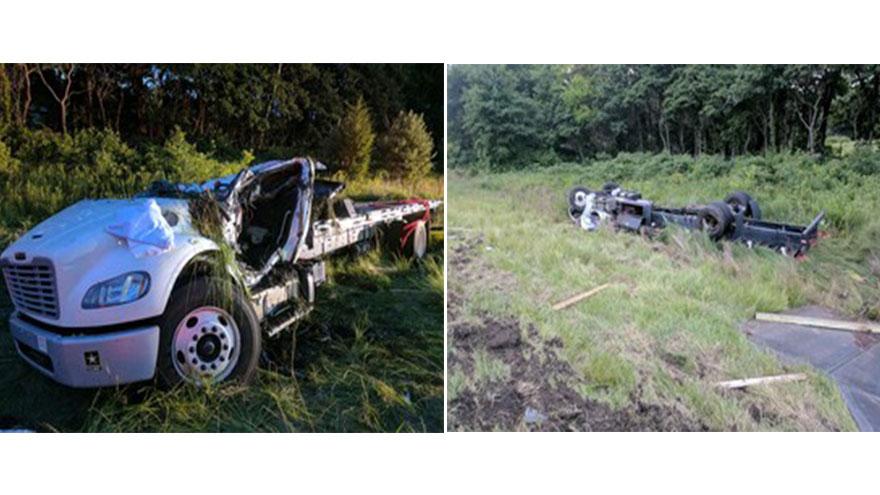 ELKHART COUNTY, Ind. -- One person was killed in a crash on the Indiana Toll Road just after 8 p.m. in the westbound lanes near the 87.4 mile marker on Wednesday, according to Indiana State Police.

A 2015 Freightliner flatbed was traveling westbound when it went off the road for an unknown reason, went into a ditch and rolled over, according to police.

When the truck rolled over, it lost its load of steel sheets.

Traffic was diverted on the left shoulder of the road and the road remained open.

The driver of the truck was pronounced deceased at the scene.