One person wounded in shooting at South Bend apartment 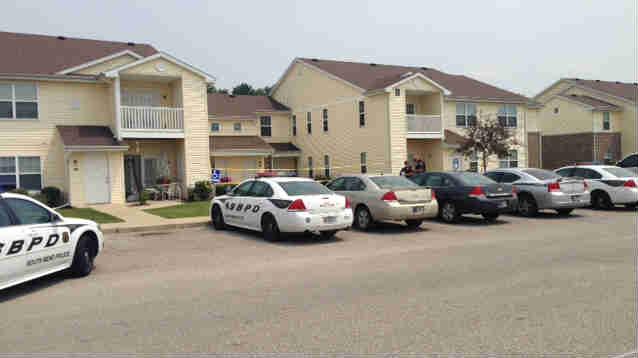 South Bend Police responded to a shooting in the 2300 block of Prairie Avenue Monday afternoon.

Police say the call came out at approximately 1:52 p.m.

Upon arrival at the Prairie Apartments, officers found one person with gunshot wounds.

The 28-year-old male victim was transported to the hospital. The victim was able to give police a description and name of a possible suspect.

"We found a person down. We were given a description of our suspect. A short time later, uniform officers located a likely matching person. That person has been detained," said Captain Phil Trent of the South Bend Police Department.

James Jones didn't know there was a crime scene just outside his front door until someone called to see if he was okay.

"I heard firing but I thought it was fireworks. I really didn't know what happened. I got a call and someone told me there's a police thing going on. So I looked around there and it's right next to me," said Jones.

Police believe 2-3 suspects may have used a "greyish Ford Taurus" to get away from the scene of the crime.

South Bend Police are asking the public for information that can lead to an arrest.