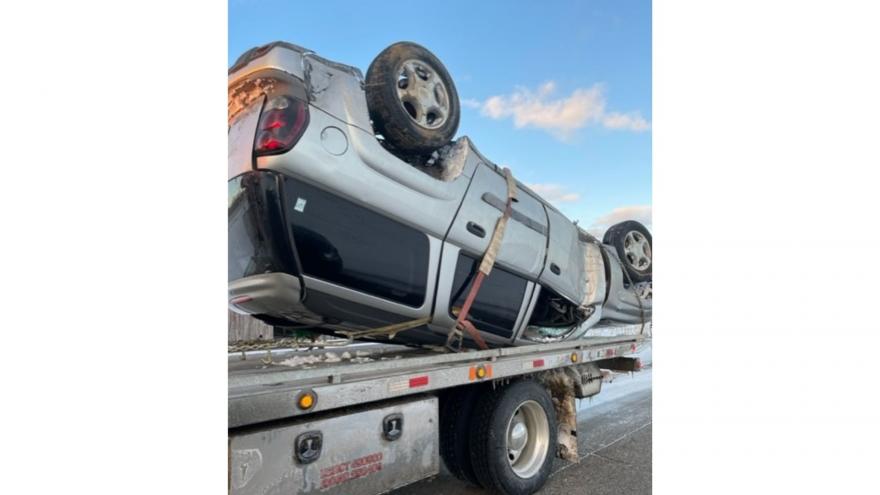 At 4:18 p.m., deputies were called to a crash just east of Gards Prairie in Volinia Township.

The investigation shows that a Marcellus man was driving east along the highway when he allegedly lost control of the vehicle while passing another vehicle, reports said.

The vehicle left the road, rolled over, and hit an AEP electrical pole, dislodging the pole.

The driver was able to get his passengers safely out of the vehicle.

One of the passengers is pregnant and was taken to the hospital for evaluation.

A four-year-old in the vehicle was not injured in the incident.

Alcohol and drugs were not factors in the crash, reports said.

Seatbelts and a child car seat were used.