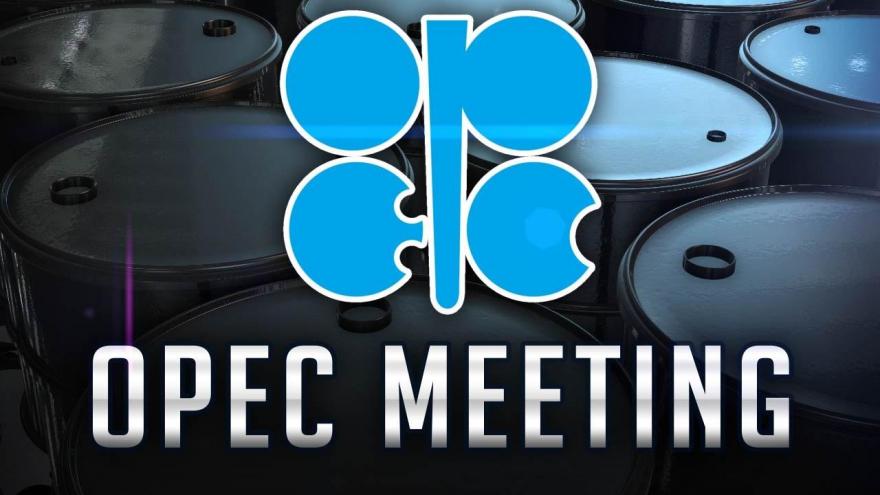 By Ivana Kottasová and Alanna Petroff

Energy ministers from OPEC and other major producers will decide whether to extend production cuts during a meeting in Vienna on Thursday.

The group of top producers agreed to slash oil production in November in an attempt to reduce a global oil glut and boost prices. The gamble paid off -- but now markets are counting on more action.

Major producers are considering an extension that would keep the agreement in place through the end of March.

Prices pushed north of $54 in the months following the initial deal, roughly doubling from the extremely low levels hit in early 2016 when there was a severe oil glut in the market.

In recent weeks, optimism over a deal has helped push prices higher.

"The prospect at the end of last month that an agreement might not happen saw oil prices hit their lowest levels since the end of November, so anything short of a nine month extension is likely to fall well short of market expectations," said Michael Hewson, chief market analyst at CMC Markets.

But there is still considerable nervousness over the rise of American oil producers, which have doubled the number of rigs in operation over the past year.

Years of low prices forced shale producers in the country to become much more efficient, and turned them into a major market force.

OPEC is painfully aware of its diminishing power to influence the market as shale producers gain more clout. Earlier this month it issued an unusual request asking other producers outside the cartel to stop pumping so much and help balance the market.

It said that balancing the market should be done "not only for the benefit of the individual countries, but also for the general prosperity of the world economy."

OPEC has for weeks been laying the groundwork to extend production cuts. Last week, Russia and de-facto cartel leader Saudi Arabia said they had agreed to maintain lower production.

"We think that Saudi Arabia will ultimately get what it wants from this meeting," said Kathleen Brooks, research director at City Index.