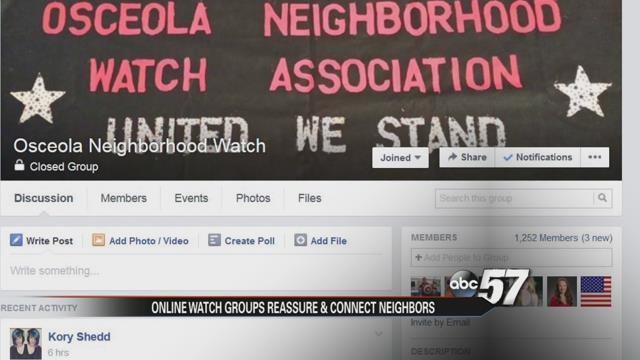 An Osceola neighborhood is working together to be their own first line of defense against crimes. Friday morning a neighbor noticed a suspicious vehicle parked outside her home and immediately she called police.

St. Joseph County Police arrived at Raintree Drive just after 7:30 a.m. As a result, two men, including a juvenile were arrested. Gregory Harris, 19, was booked into the St. Joseph County Jail and charged with possession of cocaine/narcotics.

Jodi Adkins saw it happen that morning and said her neighborhood watches out for each other anytime something looks suspicious.

“I think it’s important for us to be aware what’s going on. Not just on our street or our individual neighborhood but the neighborhoods around us,” Adkins said.

Adkins has lived in that Osceola neighborhood for about 17 years. She is also part of the Osceola Neighborhood Watch Group that operates on Facebook.

“I joined that on Facebook to be aware. It’s just a sense of security I think to be able to report to one another what’s happening,” she added.

She is one of 1,252 other members in the Facebook group who help to look out for neighbors.

“It’s important to have good community and good communication with neighbors. There’s several different neighborhood watches for Osceola and for Mishawaka and be a part of those so you’re aware of what’s going on,” she added.

Adkins said it is also important to have conversations with your neighbors and know what they are doing.