Our Lady of Hungary: A meaningful visit by the Pope 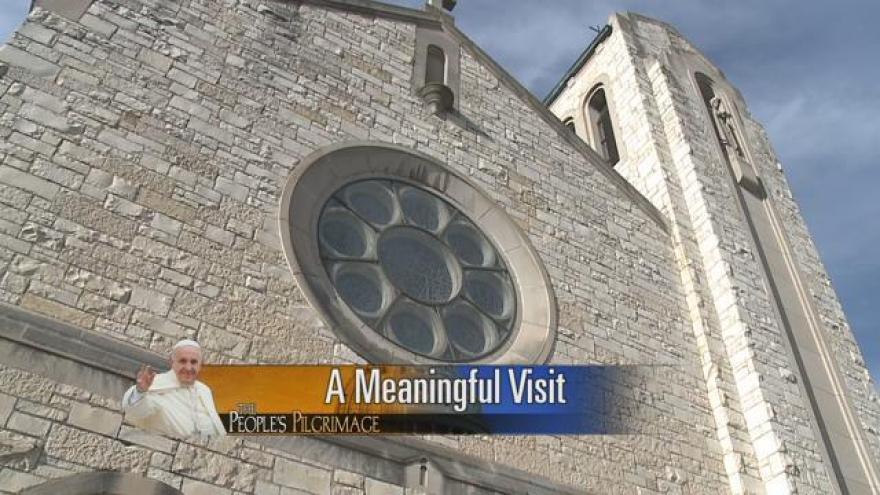 One South Bend church is doing double-work to accommodate all their parishioners in celebrating the arrival of Pope Francis.

Our Lady of Hungary holds daily mass with three of those masses given in Spanish to accommodate the large Hispanic population that attends the church.

Father Kevin Bauman, speaking in both English and Spanish, has been touching upon Pope Francis' visit to the United States and what that means for South Bend’s Catholic population.

Father Kevin had t-shirts and prayer cards in English and Spanish made for the elementary school teachers and parishioners.

He says this is especially exciting for the large Spanish-speaking population he serves because the Pope is able to speak directly to them.

“Joy, exultation, anything positive because it’s the very first time a Spanish-speaking pope, he is from Argentina originally, will have visited the United States and people are promoting his inaugural visit to the United States. We hope that it’s the first of many such visits,” says Father Kevin.

A few years ago, Our Lady of Hungary was struggling to keep its doors open, but Father Kevin stepped in and began to reach out to a population that was often sidelined because of language barriers.