Over half a million hackable pacemakers can now be fixed 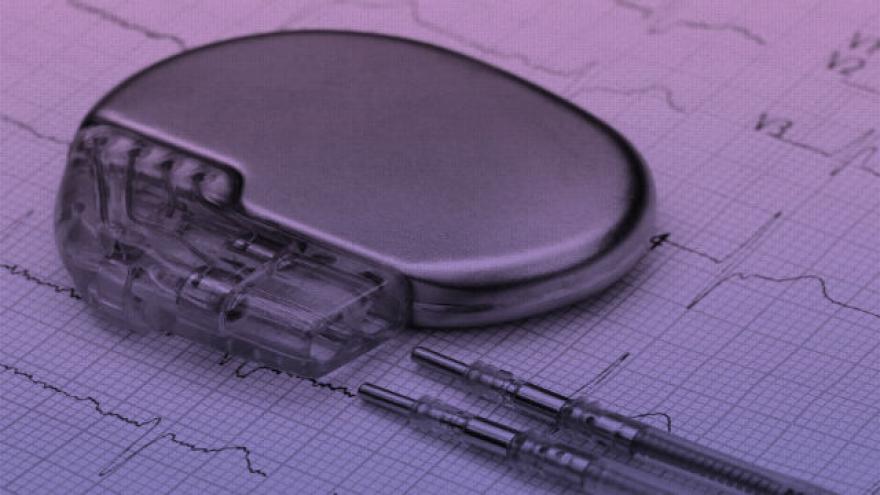 Almost half a million people in the U.S. must update pacemakers that are vulnerable to being hacked. Photo courtesy CNNMoney / Shutterstock

(CNN Money) -- Almost half a million people in the U.S. must update pacemakers that are vulnerable to being hacked.

On Tuesday, the FDA issued a recall for a number of implantable pacemakers manufactured by Abbott Laboratories, formerly St. Jude Medical. The recall says patients could be at risk of someone taking advantage of cyber-security holes in vulnerable pacemakers.

Now, 465,000 people in the U.S. with these implanted devices must visit their healthcare provider to receive a firmware update that can fix the vulnerabilities. About 280,000 devices are eligible for the update outside the U.S., Candace Steele Flippin, a spokesperson for Abbott said.

The security flaws could allow a hacker to access the device and change the settings or shut it off.

"This access could be used to modify programming commands to the implanted pacemaker, which could result in patient harm from rapid battery depletion or administration of inappropriate pacing," the FDA wrote.

There have been no incidents of hackers exploiting the flaw.

In January, Abbott issued a security update for other vulnerable St. Jude cardiac devices connected to the Merlin@home Transmitter.

"These are part of planned updates we mentioned back in January, and further strengthen the security and device management tools for our connected cardiac rhythm management (CRM) devices," Steele Flippin said of this week's pacemaker update.

Josh Corman, director of the Cyber Statecraft Initiative at the Atlantic Council and founder of the security organization I Am The Cavalry, said there are a lot of vulnerabilities in medical devices, and the research community is beginning to work more with manufacturers to identify and fix flaws.

In May, cyber-security researchers published a report highlighting thousands of vulnerabilities in four pacemaker manufacturers.

Corman says people should not have a crisis of confidence that imperils future medical breakthroughs, despite the reality that nothing is unhackable. Instead, he says, it's important to determine what connectivity is actually needed, and balance it with acceptable risks.

To help physicians better understand medical device security when procuring new technology, his organization created a document of questions doctors can ask to see if companies are doing enough to secure devices.

"I'm hoping that what device makers and physicians get out of this is we shouldn't just assume that connecting medical technology makes this better," Corman said.