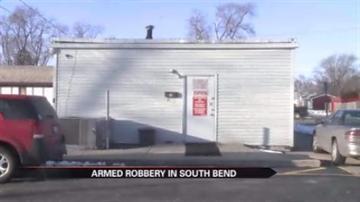 The owner had to go to the hospital and get six stitches in his forehead, but is expected to be okay.

Bob Henderson was working in his adult bookstore on Western Avenue Friday night, when all of a sudden, two men came in and robbed him at gunpoint.

“One guy said give me the money and came around the corner,” said Little Denmark Adult Bookstore Owner Bob Henderson.

Henderson quickly popped open the cash register and handed over the loot to the crooks, but they wanted more.

“He wanted me to get into the safe that had no money in it and I had no key,” said Henderson.

The thieves did not believe him and got angry.

“I got hit in the head with a gun,” said Henderson.

The pistol whipped him and then moved onto a customer.

“They went to the back and got money from a customer,” said Henderson.

The robbers left the bookstore.

Henderson says he remained calm during the robbing turned assault and he says it could have been much worse.

Henderson and the customer were able to give a description of the suspects to police.