Owner suspects murder was involved in Andy the emu's death 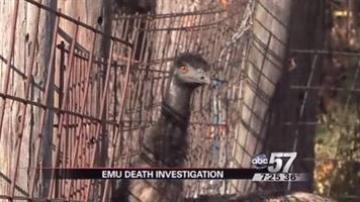 BUCHANAN, Mich. -- There is an investigation underway into the disappearance of an emu in Buchanan.

Andy the emu's body was found in New Carlisle. The owner now believes the bird was killed and dumped in a location where it was found by two hikers.