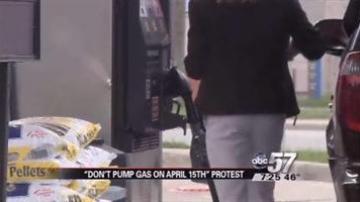 Join the club, angry drivers are coming together in a nation-wide protest on Facebook to take their frustration to the streets.

The movement is "Don't Pump Gas on April 15." Those in charge of the group said that you can get gas the day before and the day after, but not on April 15.

The Facebook petition refers to a similar gas-out in April of 1997.

Organizers said they want to try and put a dent in the oil industry for at least one day.