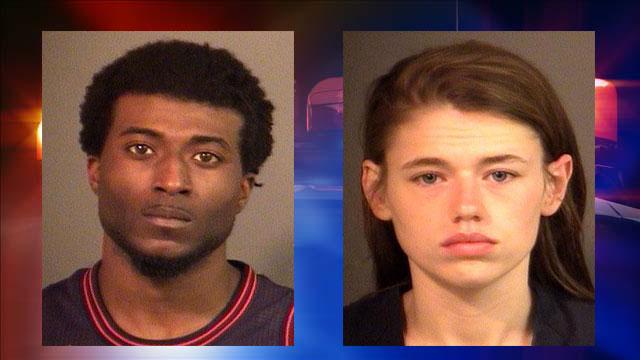 The South Bend Police Department made an arrest in a robbery that happened on March 25.

Laportian Jones, 24, and Jennyfer O'Banion, 20, are each charged with one count of robbery.

Jones and O'Banion are accused of approaching a woman in the 200 block of E. Indiana Avenue and robbing her.

Police say the victim was struck in the face during the robbery and received medical attention for her injuries.

Jones was allegedly armed with a weapon during the robbery.

They took an undisclosed amount of money from the victim.

Jones and O'Banion were located at a motel in Roseland on Monday and were arrested.

Police served a search warrant on their room and collected evidence related to the investigation, reports said.