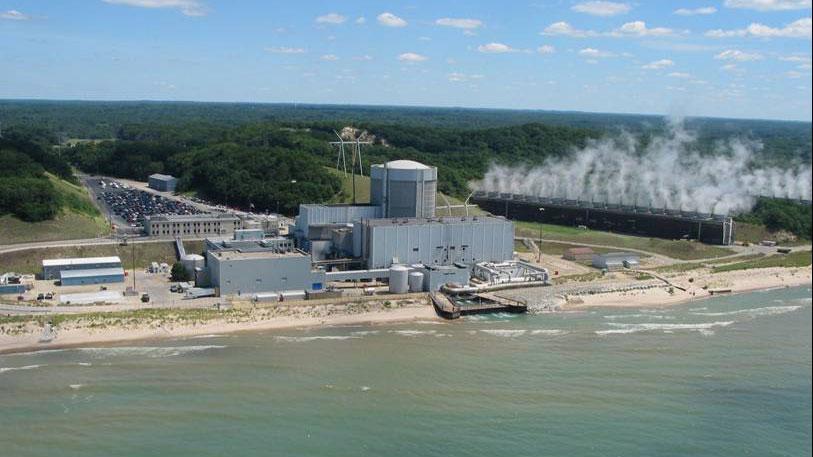 Entergy Corporation announced on Thursday they have come to an agreement that would lead to the shut down of the Palisades Nuclear Power Plant in October 2018. The closure is subject to regulatory approval.

In a press release, Entergy stated it had come to an agreement with Consumers Energy for an early termination of their power purchase agreement for the Palisades plant.

The original agreement ran through April 2012.

If regulators approve the early termination, the plant will be refuled as scheduled in spring 2017 and will operate through the end of the fuel cycle and will shut down October 1, 2018, according to the press release.

"We determined that a shutdown in 2018 is prudent when comparing the transaction to the business risks of continued operation," said Leo Denault, Entergy's chairman and Chief Executive Officer, in the press release.

The plant in Covert, Michigan, employs approximately 600 people. The press release states some employees will be relocated within the company, but did not state how many people would be given that option.

The Michigan Public Service Commission would need to approve the early termination of the power purchase agreement between Consumers Energy and Entergy.

Palisades has been part of the fabric of our Southwest Michigan community since 1971. They’ve employed thousands of workers – who in turn became respected leaders and so it’s important we do not turn our back on these hardworking folks now. They’ve also invested in our local schools and charities, had an enormous positive impact on our economy, and powered homes and businesses throughout the Midwest. But, as with all nuclear power plants across the country, there is always an end date. This safe transition is governed by the Nuclear Regulatory Commission and should not be interfered with. I strongly urge Entergy to remain committed to our community and I will continue working with them throughout this time of transition.