Parents and students react to possible changes to Elkhart schools 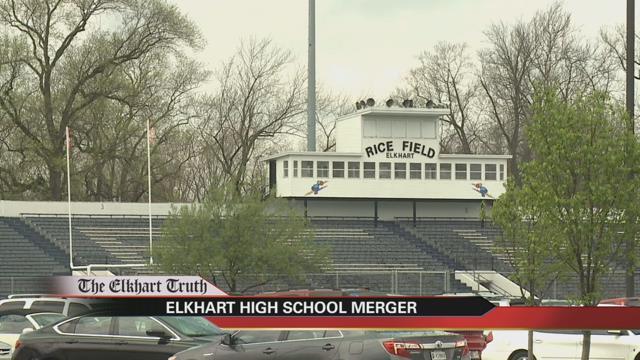 Major changes could be made in the Elkhart Community School district. The plan is only a proposal, and Thursday night both parents and students starting talking.

Administrators are looking at every building and asking if there is a better way to structure environments for kindergartners to 12th graders.

Three elementary school, two middle schools, and two high schools in Elkhart would see a change under this $33 million proposal.

The district has found a way to borrow all the money needed for the project without raising taxes.

“I feel like they are constantly looking to improve to progress to be competitive and that’s really important,” says Tanzie Nielsen of Elkhart.

Nielsen has a second grader and middle schooler. She says she welcomes the changes administrators are proposing.

“How do we effect student achievement what are our opportunities to go deeper with our student,” asks Rob Haworth, Superintendent of Elkhart Community Schools.

Haworth says this was a question that sparked the proposal to combine both high schools, add sixth grade to the middle schools, and try out a kindergarten through 8th grade program at Pierre Moran, Monger and Bristol Elementary schools.

The plan is not a done deal and the school district will be seeking community feed back over the next few months.

“It is currently just two years they are in then they are out and they don’t have a year of steady consistent time,” says Nielsen.

Nielsen is referring to her son’s experience and with him currently in middle school she agrees with the proposed 6th through 8th grade set up.

At the high schools not only would location change but also the actual classes.

Administration proposes a 9th grade core requirement center at the existing Central High School and then a more focused educational path for 10th through 12th graders at Memorial High School.

With high school right around the corner for her son, Nielsen is looking forward to this.

“This change offers us such an amazing opportunity for kids to get a little bit earlier start of the focus of where they are going to be for the rest of their lives and that’s a good thing,” says Nielsen.

Those who would be most closely impacted also sounded off on the proposal. Student athletes brought up the effect it would have on their future.

“I’m looking to play a lot of sports try to get a scholarship,” says Devon Billings an 8th grader at West Side Middle School.

Billings says next year he is going to Memorial High School.

He thinks the proposed change to merge Central and Memorial High schools could play a role on a longtime tradition.

“It’s history the way we have a rival and friends get split up from the middle school and then they start competing,” says Billings.

School officials say the project could take up to five years to implement.

So even though billings might just miss the changes he says merging the schools could have a positive impact on the district.

“We would be able to compete better with other schools from other places,” says Billings.

A series of meetings need to be held before the school board votes on anything in mid-summer.

A majority of the money would be used for constructing more space to accommodate the changes.