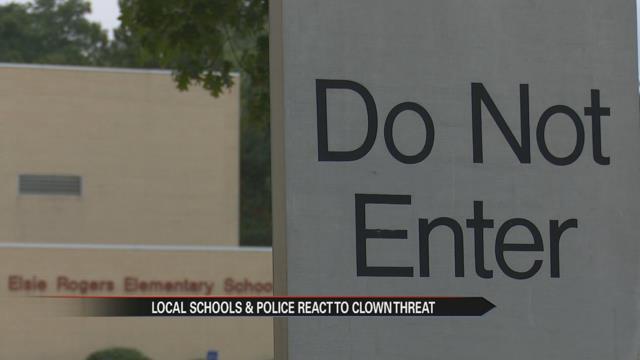 Parents are feeling safe after a clown threat on social media prompted a response from Michiana schools.

A threat posted on social media is forcing Michiana schools to act.

In a post filled with errors, it says, “We will be at all High schools this friday to either kidnapp students or kill teachers going to they cars...’

“We are definitely working to heighten our police presence at all of our schools,” said PHM Schools official Mike Seger.

South Bend Community Schools is even canceling recess Friday as an extra precaution.

“I appreciate it, because I like that they’re taking it really seriously,” said one PHM Schools parent Milinda Pauwels.

However, many parents, schools, and police don’t believe the threat is real.

“I feel like the chances potentially of it happening to our little school is not that great,” said Pauwels.

Police say they want to take every threat seriously without creating a hysteria.

“It’s a balancing act for us. Certainly we take it seriously. Any time folks are concerned, we’re concerned. But at the same time, we want to temper that concern with a realistic assessment of what’s going on,” said St. Joseph County Assistant Police Chief Bill Thompson.

And in an effort to make parents feel safe, PHM, School City of Mishawaka, and South Bend Community Schools are all counting tomorrow as an excused absence.

But Milinda’s not going to let the clowns scare her.

“I still plan on sending my kids to school tomorrow,” said Pauwels.

Police say if you see anything suspicious, give them a call.