Parents arrested after kids discovered in back of rented truck 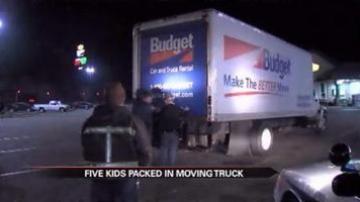 NEW CASTLE, Ind. -- A couple is under arrest after a call alerted police to kids in the back of a rented truck.

Indiana State Police got a call Wednesday that a couple left Pennsylvania in a rented truck with several of their kids in the back of it.

The vehicle was pulled over just outside of New Castle.

There was also 18 cats in the back with the kids.

"They were wearing coats and they had sleeping bags, but they no way to communicate with the parents in the front of the truck," said Sgt. John Bowling. "

Troopers arrested the couple for neglect.

And the cats went to animal control.