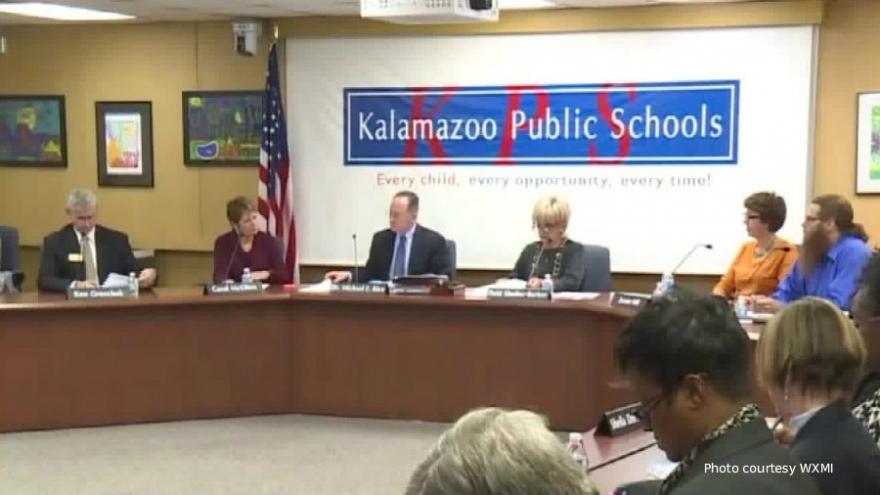 Kalamazoo, Michigan (WXMI) -- Many concerned parents attended the Kalamazoo Board of Education meeting Thursday night after the principal of Loy Norrix High School was placed on leave earlier this week.

Principal Rodney Prewitt was placed on paid leave Monday, 10 months after a federal sexual harassment lawsuit was filed against him. The meeting comes after a PTO one was cancelled earlier this week to give interim Principal Johnny Edwards time to catch up on everything.

Parents expressed their concerns over just finding out about the allegations and about learning Prewitt was hired as principal when his license was suspended in Florida in the early 2000s for a similar sexual harassment allegation.

The more recent lawsuit, filed by a former Kalamazoo counselor, alleges she and Prewitt briefly dated and that he continued to make unwanted sexual advances after she ended the relationship.

On another occasion, that same counselor claims Prewitt handed her a sticky note with her best friend's address and phone number on it, saying he was going to be pursuing her next.

Thursday, Kalamazoo Superintendent Dr. Michael Rice addressed the concerns, saying the district did two investigations, but didn't find any legitimacy to the allegations.

Rice said it's unacceptable not to know more about Prewitt's out of state background. He said they did not know about the harassment allegations from Florida when Prewitt was hired in 2013. Rice said the board found out a year and a half ago.

Rice said in light of this, they're going to improve their system in vetting employment applications when applicants have spent a significant time working out of state.

Rice says he couldn't comment about why Prewitt was placed on leave this week, as opposed to when the lawsuit was filed, because of pending litigation. Prewitt is on leave until further notice.