Parents of Nick and Jack Savage speak about drug abuse 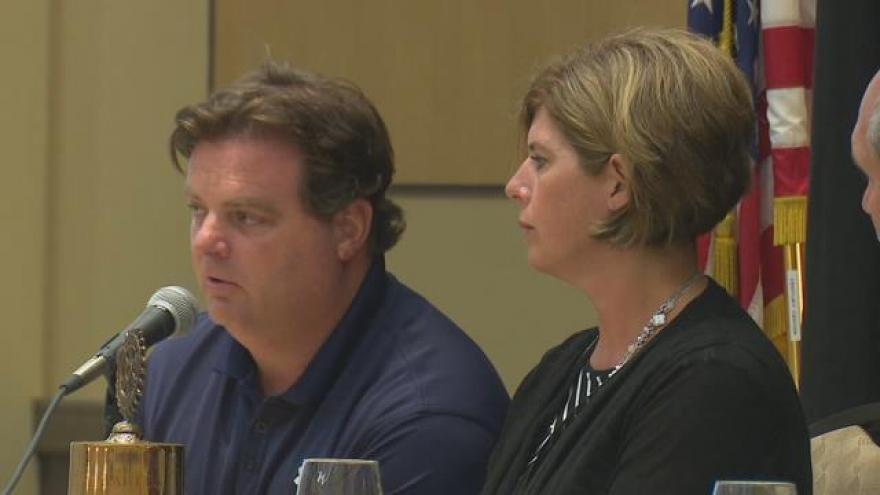 After taking prescription pills at a party, the Granger brothers were found dead in their home.

Now, their parents are educating the community on drug abuse,

“We don’t want to see another family go through what we’ve had to go through,” Mike Savage said.

“Our goal for the foundation is to bring awareness to the issue of prescription drug abuse and to educate our community,” Becky said.

The panel Wednesday was one of many speeches they have lined up throughout Michiana.

They’re also starting up the 525 Foundation, named after the boys’ hockey numbers.

Prosecuting attorneys as well as Commander Dave wells of the St. Joseph County Drug Investigations Unit joined the Savages in the panel.

“Being law enforcement, the job is not just about arresting people. It’s about getting out there in the community and talking to people,” Wells said.

“It’s affecting all of us in this community,” Wells said.

But the Savages say it doesn’t have to be, not if they have anything to do with it.

“We want to keep the awareness of the boys alive and the awareness that this is a real issue in our community and we want to address that. So this is our way of trying to help out other families who hopefully won’t have the same fate happen to them,” Mike said.