Parents on edge after reports of attempted abduction 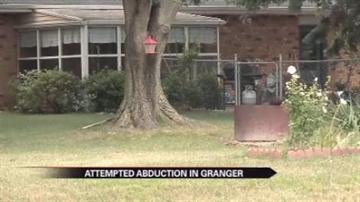 GRANGER, Ind. -- The story of an attempted child abduction in Granger made the rounds on social media Tuesday. The incident has parents in the neighborhood on edge. Now police are encouraging parents to talk with their children about incidents like this.

Police say the young girl was playing in her backyard along Anderson Road in Granger when she was approached by a woman in an unmarked white work van.

The woman reportedly asked the girl to come with her and touched the girl's head.

The girl immediately ran inside and told her parents.

Police are investigating the case and have swept the neighborhood for the van and suspect.

Police say this is a good time for parents to talk to their kids about strangers.

"You don't go up to strangers. If it's someone you don't know, the safest thing to do is go home to a parent or run to a trusted neighbor. If you're in an urban area where there's a police station or fire department, those are safe places. All those tips, all that information is still the same and they're all still good information," said Chief William Thompson of St. Joseph County Police.