Park Jefferson fire could be arson 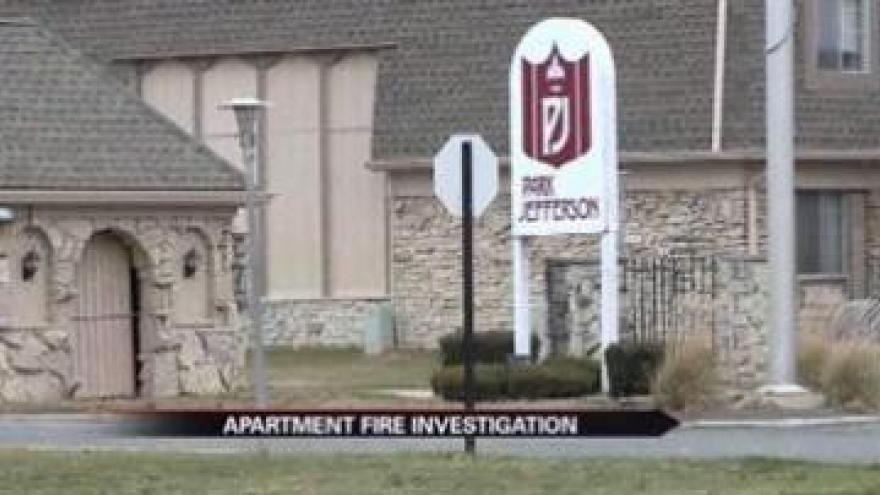 SOUTH BEND, Ind. -- Fire investigators believe a small fire at the Park Jefferson Apartments on November 17th could be the work of an arsonist. Residents of the complex say they were never notified about the fire.

After massive fire earlier this year, residents at Park Jefferson Apartments are still on edge.

"Right now, myself, I call it Park Fire-son not Park Jefferson because you never know when it's going to start the fire again,” said resident Mbaraka Mtambr.

The most recent fire happened November 17, but many residents didn’t know about it.

"I'm really nervous, sometimes; I mean, I be ready to jump and run for myself,” said Mtambr.

According to reports, police were called out to apartment 618 on South Rue Rabelais on November 17 around 8 p.m.

That's where the mystery begins. Inside an empty apartment, they found a small fire in the corner of the living room. The carpet and a portion of the window blinds had burned.

According to a report, the arson investigator used a special device that detected combustible vapors. That leads him to believe an accelerant was used to start the fire.

According to police, that could suggest a squatter or an arsonist.

Things are even more mysterious because the doors were all locked when the fire department showed up to put the fire out.

For some the idea of an arsonist is very concerning.

"There are some people who can't move quick, when a fire happen like that; if they do something on purpose like that, it's not good at all,” said Mtambr.

But others are not as concerned, even with the complex’s history of fires.

"The smoke detectors go off for nothing, I mean, they go of just when you light one stove. I mean I don't even burn nothing and mine go off,” said Powell.

None of the police reports indicated who called the fire in.

The apartment manager did not want to talk on camera about the fire or the findings of the arson investigator.