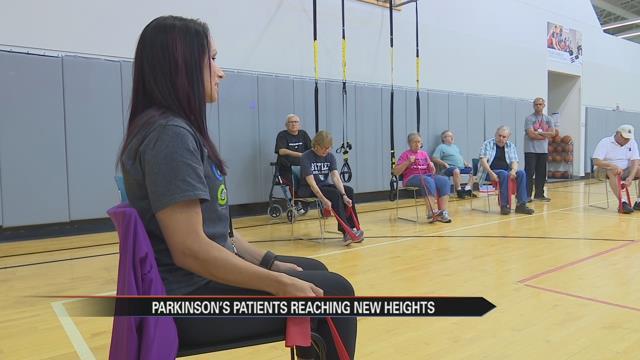 Celebrities like the late Muhammad Ali have brought plenty of attention to Parkinson’s Disease.

Pamela Ewald is a proud participant.

“I walked 80 stairs in Chicago. Also my balance, it’s helped me greatly with balance and movements,’ Ewald said.

The Beacon Health program started in August of last year, and is quickly growing in popularity.

“I think this is a different kind of support group that they are all being active during it,” Fitness Manager Sarah Strefling said.

“Mentally, they feel like they can do more than they originally had thought,” Strefling said.

After months of physical gains, a stark contrast from the decline in mobility caused by Parkinson’s, she says it’s her self-esteem that’s making the biggest gains.

“I now only look forward and I challenge myself,” Ewald said.