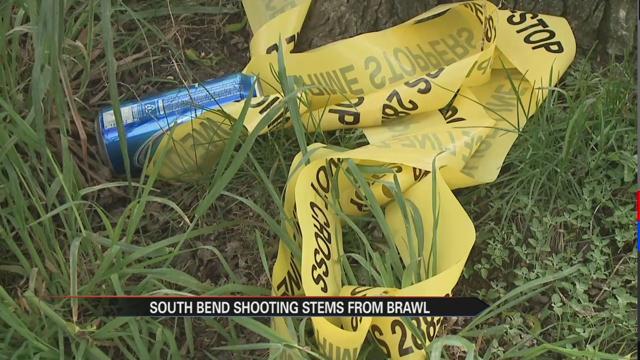 People from all across the world gathered in front of their televisions on Saturday to watch Floyd Money Mayweather fight Manny Pacquiao. In South Bend, one viewing party ended in a shootout.

Police described the scene as 'pandemonium' after the brawl.

Police were on scene at 2 a.m. on Sunday and 4 people were taken to the hospital with gunshot wounds.

Police said the victims are expected to make a full recovery.

Bullet holes pierced various homes on West Indiana Avenue and South William Streets. One home had nearly a dozen holes in the panels.

One neighbor said he saw police in the alley on Saturday and he said the music was fairly loud at the party.

Tim Woods said, “There was a lot of vehicles up and down the road on Dubail and South William. There were all kinds of vehicles, I mean it was a big party! That guy throws a party every year but that's the first time there's been a shooting

Police arrested one suspect at the scene but a captain with the South Bend Police department said it's unclear whether his shots hit all or none of the victims.

If you have any information on this shooting you can call the South Bend Police Department.