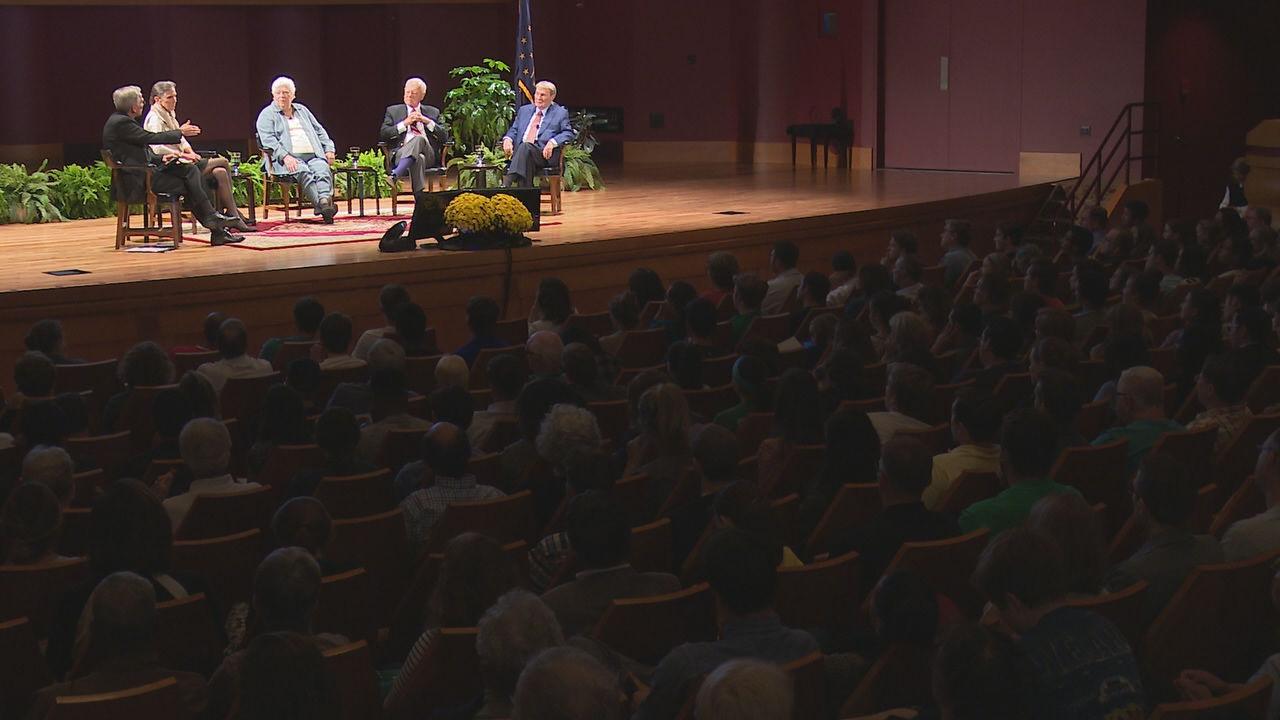 Michiana got an inside look at the presidential debates, just two weeks out from the first face off.

Before both party’s nominees take the stage, the spotlight was on Notre Dame, Monday night.

The university held a forum to break down the importance of this year’s race, with some help from past debate moderators.

Lehrer, alongside Bob Schieffer, laid out the history of the contentious spectacles and where moderators stand in the fray.

“There are people sitting out there wanting the moderators to yell, ‘liar,’ it isn’t going to happen,” said Lehrer.

The topic of if these forums cater only to two parties was also addressed.

The commission explained only candidates that polled 15 percent and above would be invited, because the volume of presidential hopefuls is too much to handle.

“Over 1,800 people filed to run for president so if you had them all I don’t think they could fit in here,” said Dorothy Ridings, former president of the League of Women Voters.

The panel looked ahead to the inevitable first debate.

Lehrer pointed out how this year’s could be the biggest challenge for a moderator yet.

“Fairness is a rough deal,” he said. “The better the debates have gotten the harder it is to moderate.”