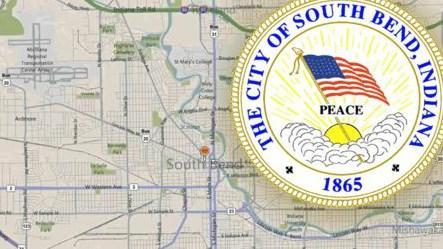 A local pastor is feeding kids hotdogs on Wednesday nights and preaching that violence is not the answer.

Kingdom Christian Center on Elwood and Johnson Streets hosts "Brats and Bible" on Wednesday nights and they invite all the kids in the neighborhood.

Pastor Canneth Lee started the meetings after a violent summer of shootings in 2014.

Damaria Wright said she loves coming out to the event because kids don't have a lot to do in the summer.

Wright said, “Some people probably don’t have food, and they can come here and eat.”

Wright is 10-years-old and she lives on the west side of South Bend.

Wright said, “Recently there was a shooting over here and I was glad that I wasn’t around at the time.”

D'Lyla Lathion was really enjoying her free hotdog from the church!

Pastor Lee works to stop crime in his neighborhood through talking to kids about their home life and violence in the area.

Lee said, “Tell people we love them! Wave at folks as they come by! And just be church with out arms out wide.”

Lee believes the violence in the area surrounding his church has decreased now that he's been having these community events.

Lee said he's teaching kids about responsibility, and he hopes to get more kids to come to 'Brats and Bible.'

Lee said, “We started this last summer when all the violence happened, and people were asking where is the church, why isn’t the church doing things? So we decided to move the church outside.”

Lee said anyone is welcome to come at 6:30p.m. on Wednesdays.