Pastor sentenced to 12 years for sleeping with teen 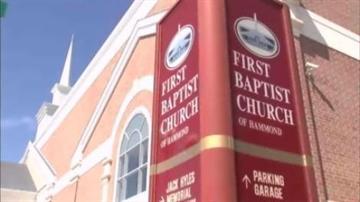 HAMMOND, Ind. -- An Indiana pastor accused of sleeping with a teenage girl is heading to jail.

The Hammond man was sentenced to 12 years in prison for having sex with a 17-year-old girl who attended his church.

Police say the relationship started out as counseling but eventually turned inappropriate and sometimes led to out-of-state trips.

Those who know the former pastor say they are shocked.

"It almost seems unbelievable, because that is just not him at all. It's like a nightmare," said Bonnee Reay, church member.

"It breaks my heart. I've seen the sides of Jack Schaap. He was my pastor too," said Nadine Salgado, former church member.

The man admitted to the sexual relationship.

Friends say he wanted his former congregation to know he could admit to his mistake so they could move forward.