Pastor with ties to Michigan church talks about life in Guam 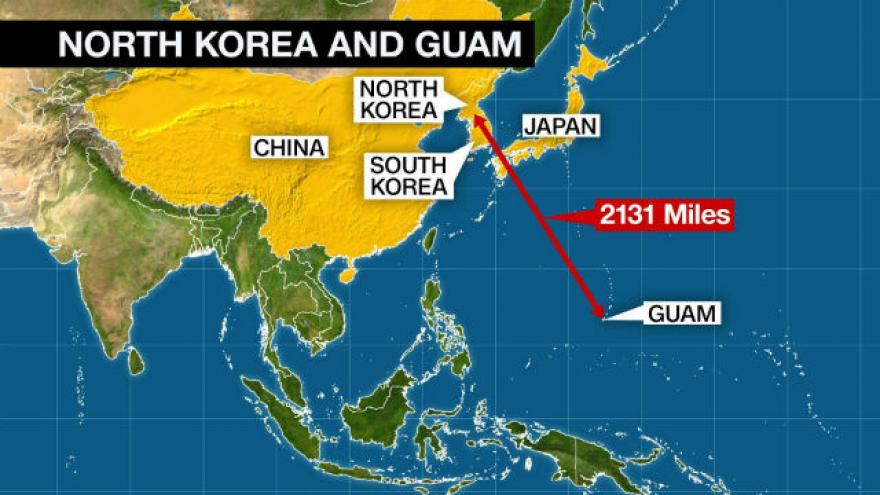 Flint-Saginaw, MI (WJRT) -- "He has made the same kinds of threats, I don't know how many times, every month or two makes the same type of threat," remarked Rev. Tom Van Engen.

Van Engen, who moved to Guam with his wife Rose four years ago to pastor a church, says no one he's talked too on the island is hitting the panic button.

"We certainly don't completely dismiss that there could be some problem, but we're fairly confident it will be resolved by our military, by our leadership if anything happens," he said.

The soveirgn U.S. Territory hosts seven thousand U.S. Military personnel on two bases. Van Engen's home, is just 2-to-3 miles from the naval base and about 12 miles from Anderson Air Force Base.

"My wife says she's seen more naval activity lately," he noted during our Skype interview on Thursday night. Guam is fourteen hours ahead of us, so it was about 9:30 in the morning.

Van Engen, who says he personally worked on the great grandfather of the THADD Missile Defense System back in the seventies expressed confidence in U.S. Military capabilities:

"if he fires them, that would be bad" he said,"most likely we'll be able to shoot them down."

While no one is panicking --he says they are certainly prayerful:

"I daresay it's quite a prayerful and faithful community, and we look to authorities higher than the president or dictator to take care of us," he noted.

Van Engen says he's observed increased military aircraft activity, he's also an officer in GUAM's V.O.A.D. or Volunteer Organizations Active in Disaster. So far, there have not been any calls for special meetings.