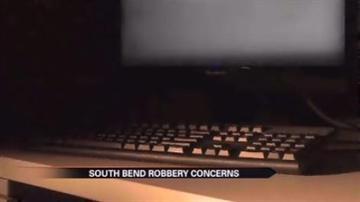 SOUTH BEND, Ind. -- South Bend Police say there have been several reports of men who have been lured to remote locations to meet a woman for prostitution – who end up getting robbed instead.

Two of these incidents were reported in March and there were three within the last week.

Police say all the victims have one thing in common – they were meeting someone they had met online.

In all the cases, police say a woman is using online dating sites to lure men to a isolated location to meet up.

When the man shows up, he is robbed at gunpoint.

Usually the men are from out of town and have a large amount of cash on them, which leads police to believe the meetings are planned prostitution transactions.

This crime is on the rise and police say it's highly under-reported because of the circumstances in which these men are being robbed.

“I will never do this again, we will count this up to experience and we won't involve the police in this and that’s what we are worried about as much as anything else. We are worried that somebody's criminal enterprise will be able to flourish because of this,” said Captain Phil Trent of the South Bend Police Department.

Police say this crime is not unique to South Bend. They say this is happening across the United States.