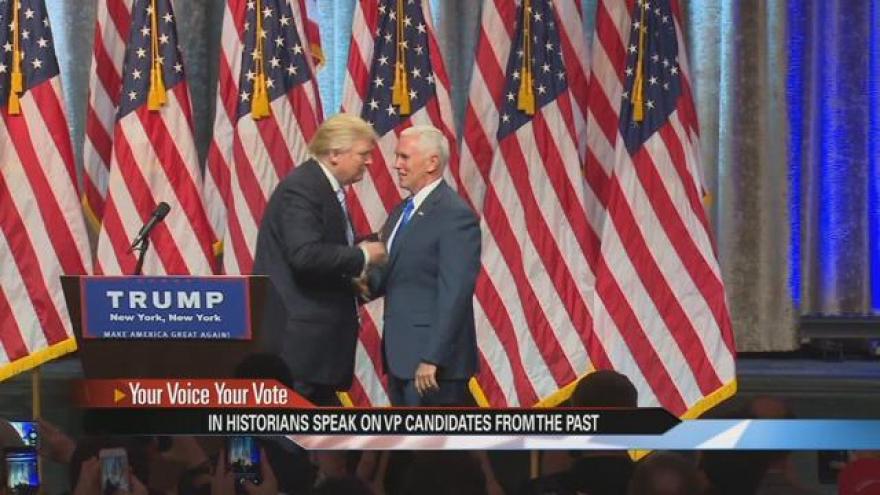 If Donald Trump is elected President, Governor Mike Pence would be the sixth Hoosier to become Vice President.

“He did fit the mold of the candidates for vice president in one important way: he is a loyal party man," said Patrick Furlong, Professor Emeritus of History at IUSB.

Quite a few, but not all fondly remembered.

“I don’t know if there’s a standard because whenever anyone beyond historians think about Indiana vice presidents, the only other name that comes to mind is Dan Quayle," said Furlong.

Pence is often compared to Quayle.

“It helps if he’s been in public office, it helps if he was a public speaker, but he has to be loyal to the party, and loyal to the presidential candidate. Dan Quayle met that and Mike Pence met that, and that’s what matters," Furlong said.

New York has produced the largest number of Vice Presidents at 11.