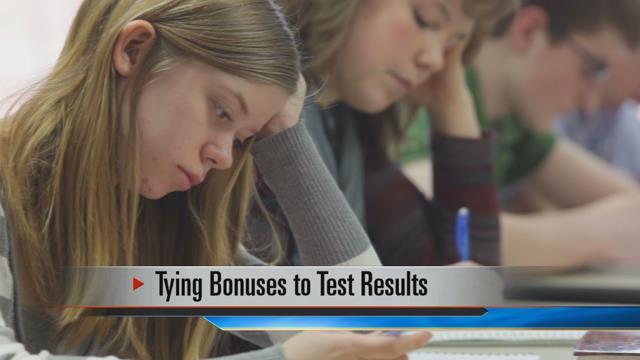 Tension between Superintendent Glenda Ritz and Governor Mike Pence has been highly publicized over the years but at least for now, the two seem to be agreeing on a very important education issue.

Since February, Superintendent Ritz and Governor Pence have seemingly put their differences aside to find ways to ease the burden that Indiana’s standardized tests have had on schools, students, and teachers.

Issues with ISTEP range from its length during test taking and delays in test results, and now, Governor Pence is bringing to light another issue.

Currently, teacher evaluations and performance bonuses are impacted by student test results from the ISTEP.

But Governor Pence says that the transition to the new ISTEP test shouldn't translate to unfairness for teachers and their pay.

In a letter to Superintendent Ritz and members of the State Board of Education, Governor Pence writes, “I believe our teachers should not be penalized for the anticipated decline in test scores associated with the new exam.”

The Indiana Department of Education called the Governor’s letter a welcome first step but also said it was unfortunate that it comes after a year and a half of uncertainty and worry for students, teachers, and schools

in a 2014 letter to U.S. Secretary of Education Arne Duncan, Governor Pence made it clear that Indiana would not go backwards when it comes to measuring performance in Indiana schools on his watch.