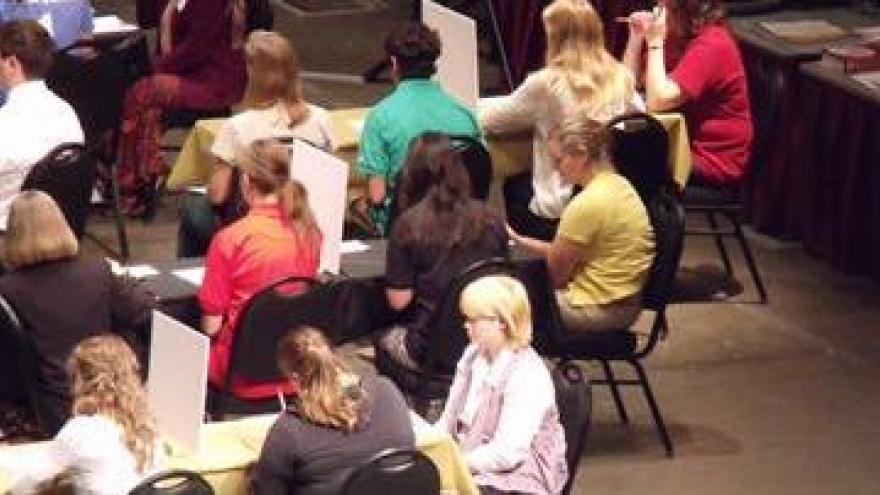 Highlighting the day was Penn senior Christy Chang's completion of a spectacular Spell Bowl career as she correctly spelled 297 out of a potential 297 words over her four years of varsity competition. That is believed to be a state record. Chang was recognized by the Indiana Association of School Principals before a packed house at Loeb Auditorium for her achievement.

In the state finals, the Kingsmen finished with a score of 89, second only to Martinsville in the overall competition, regardless of enrollment classes.

Also, the Kingsmen success record at the state finals over the past 13 years has been nothing short of phenomenal with a total of 11 state crowns and two runner-up finishes regardless of enrollment class.