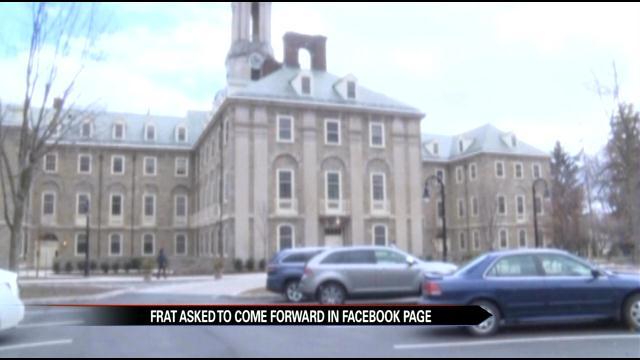 A Penn State fraternity is already suspended for what police say is a member-created secret Facebook page.

They say members posted nude photos of sleeping or passed out women.

Officials from the university are now asking any man who was a member of the Kappa Delta Rho's private group to contact them and any women who has visited the fraternity's house to come forward.

Police say the page had 150 members, some of them current Penn State Students and some alumni.

"The University will go through its process of examining the evidence, and what's most important in my view is that we do it right," said Penn State President Eric Barron. "The University has put together a very aggressive program I think meeting national standards as a model for dealing with sexual assault."

The State College, Pennsylvania police have teamed up with the university in the investigation.

They say they have about 20 photos so far from the Facebook page.