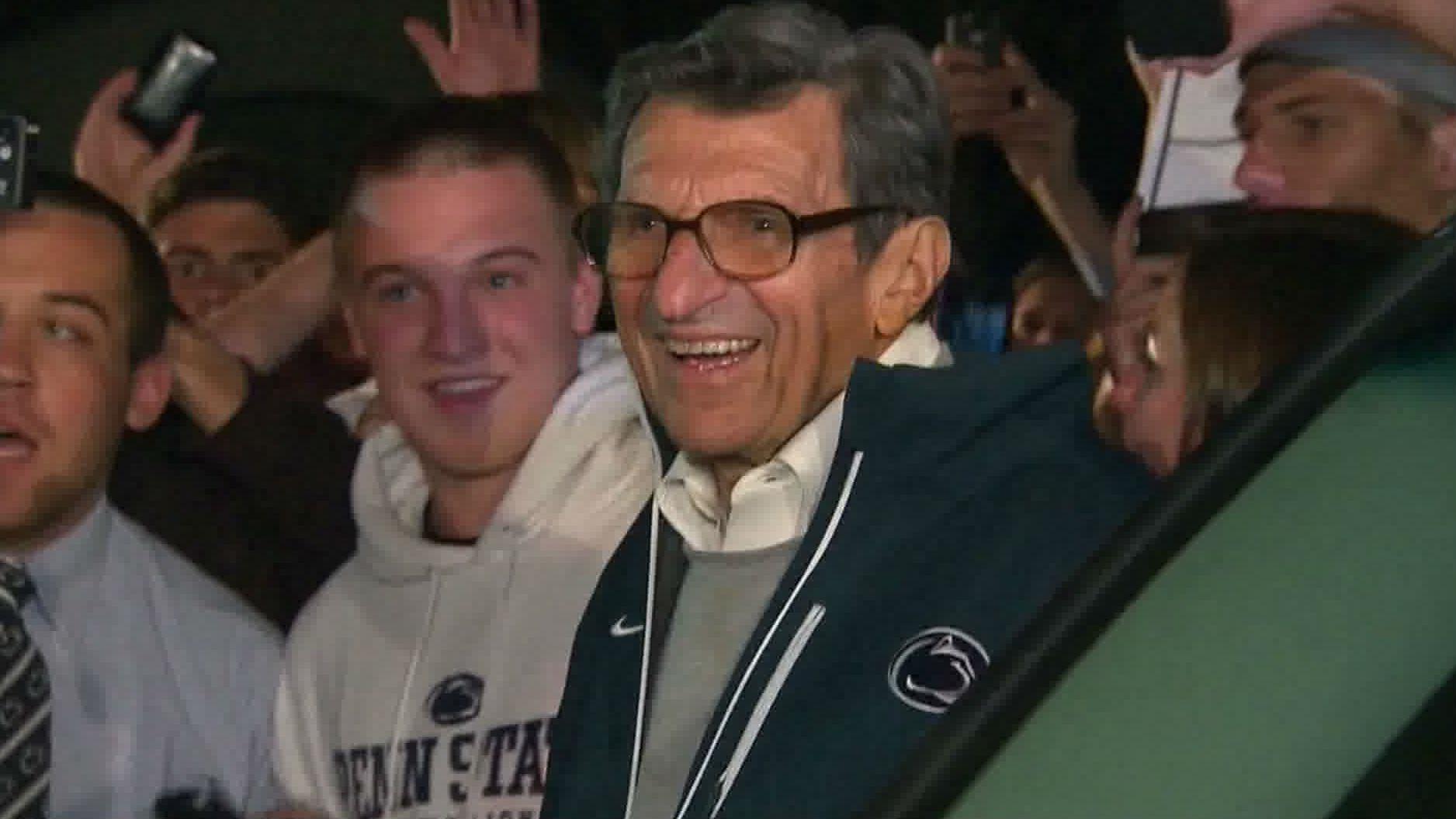 (CNN) -- Penn State's president had strong words this week in defense of the legacy of Joe Paterno.

After reports surfaced that Paterno allegedly had personally talked to two victims of former Penn State defensive coordinator Jerry Sandusky in the 1970s, and that his assistants witnessed alarming behavior between Sandusky and young boys in the 1980s, Penn State President Eric Barron wrote a letter chiding the media and defending the iconic coach.

He said the allegations were unsubstantiated and unsupported by the evidence, other than by the alleged victims, which is often the case in sexual assault cases -- and certainly was the case in the criminal conviction against Sandusky in 2012. Sandusky was found guilty of sexually abusing 10 boys. He used a charity he founded and access to the college football team to entice and abuse kids.

"I have had enough of the continued trial of the institution in various media," Barron wrote. "We have all had enough. And while Penn State cannot always comment on allegations that emanate from legal proceedings, I thought it was important to let you know my reaction to the media frenzy that has ensued over the past few days. I am appalled."

Victims and advocacy groups were also appalled -- at Barron's reaction.

Tom Kline, an attorney representing victims, called it the same conduct that led to ignorance of the tragedy in the first place, refusing "to come to terms with reality."

"It compounds the tragedy when the new PSU president panders to the vocal pro-Paterno minority ..., " Kline said. "The misguided attack on the media is a tactic which will not change the underlying facts."

Marci Hamilton, who represents Sandusky victims, compared Barron to the Catholic bishops who covered for child abuse by some priests.

"He is taking a page out of the bishops' playbook on child sex abuse, which is proven to prolong the institution's problems and put it in an ultimately unfavorable light," Hamilton said.

In the cases that Barron said were unsubstantiated, the university reached settlements and paid money to the alleged victims.

It is not the first time Barron has been criticized for putting university or image first.

Before he was hired to lead Penn State, Barron was president of Florida State University. He was at the helm in 2012 when Jameis Winston, FSU's Heisman-winning quarterback, was accused of sexual assault of a fellow student.

Barron had cautioned against a rush to judgment in the Winston case. He was hired by Penn State shortly after the prosecutor declined to file charges. Just two months after he was hired by Penn State, The New York Times filed a detailed investigative piece, accusing Barron's administration of hindering the police investigation, working with Winston's lawyers instead of prosecutors. The alleged victim, Erica Kinsman, later sued and in her lawsuit the prosecutor is quoted saying the university "handicapped" the investigation.

Winston has repeatedly denied all allegations against him, and he was never found to be responsible for any sexual misconduct.

Kinsman settled her lawsuit with FSU in January for nearly $1 million. Florida State did not admit liability. Kinsman is still suing Winston, and he has filed a countersuit for defamation.

The Penn State Board of Trustees said it was after an "exhaustive search" that it decided on Barron, calling it "a pivotal time in the history of Penn State, and Eric Barron is the eminent leader that our university needs. ..."

"It feels like what was common between Penn State and Florida State was this attitude of defiance and hostility from the school," said John Clune, the attorney for Kinsman. "It's not only offensive to the victims and the children making the reports, but it scares off people who might report sexual abuse to the university. We see consistently that the school reporting numbers are very low because (victims) get the message from the university that this is not a safe place to ask for help.

"Could you imagine being a sexual assault survivor reading Eric Barron's remarks? Trying to find the courage to report your own abuse? I don't know why you would if you see that kind of climate."

As many have pointed out over the last few days, high-powered broker Ken Feinberg, who negotiated settlements for the victims of 9/11, was brought in by Penn State to mediate and settle the cases with victims of Sandusky. The university paid out more than $90 million to more than 30 victims, including the ones whose allegations Barron called baseless.

"It doesn't make sense to pay out all this money, resolve all these claims, make this progress and then have the next guy come in and we're back to square one," Clune said.