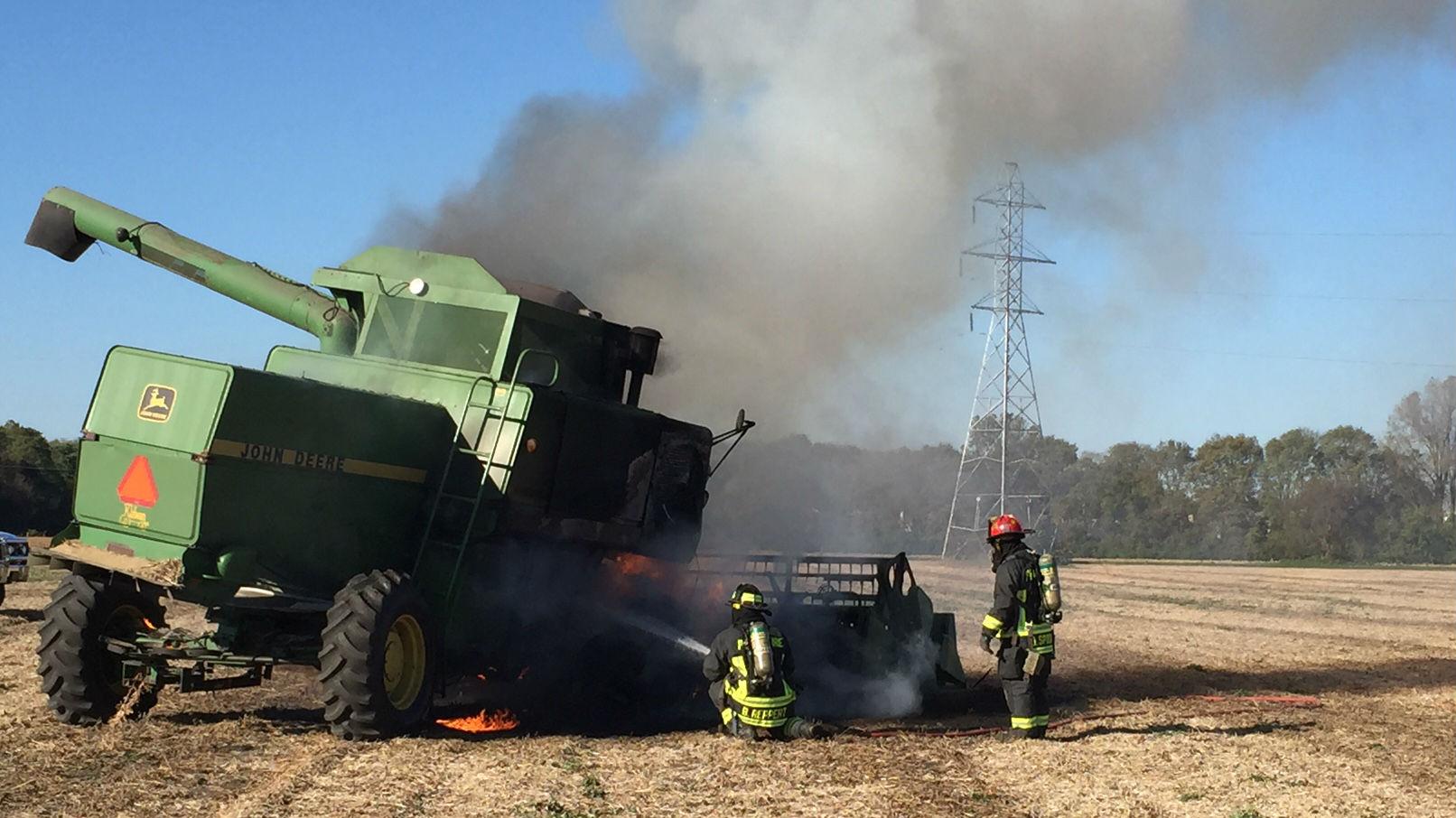 The combine was about 2,500 feet off the road in a bean field.

According to the report, units had to shuttle water with the brush trucks from the road as well as use foam to bring the fire under control.

Units were on the scene for more than 2 hours.

Firefighters said the owner of the combine said a small fire developed from the dust and friction earlier in the day. He says he thought he put it all out, but thinks some embers must have blown up in the machine due to the wind.

The report shows that the fire caused an approximate dollar loss of $25,000.