While we've been catching up with on our rainfall over the past several days, the mid-Atlantic states have been getting absolutely pummeled with excessive rain and flooding.

The entire region of the United States has seen day after day of heavy rainfall thanks to a blocking, ridge of high pressure over the Atlantic Ocean. That's allowed tropical moisture northward, right into states like Pennsylvania, Maryland, and New York. Some the images and videos coming out of these areas are amazing.

Five days of rain brings flooding and road closures to central Pennsylvania, sending creeks and streams spilling over their banks.

Hersheypark, which is located along a flooded stream, will remain closed Thursday. https://t.co/tDcITxzcIIpic.twitter.com/bCeDSheZWd

Quick-moving water has been seen rushing over the roadways, and rivers and streams have been spilling their banks across central and eastern PA. Scenes like this were very similar to what we experienced right here in Michiana during the February flooding. Hersheypark, an amusement park in the area, has been completely flooded out and remains closed today, but it scheduled to reopen tomorrow. 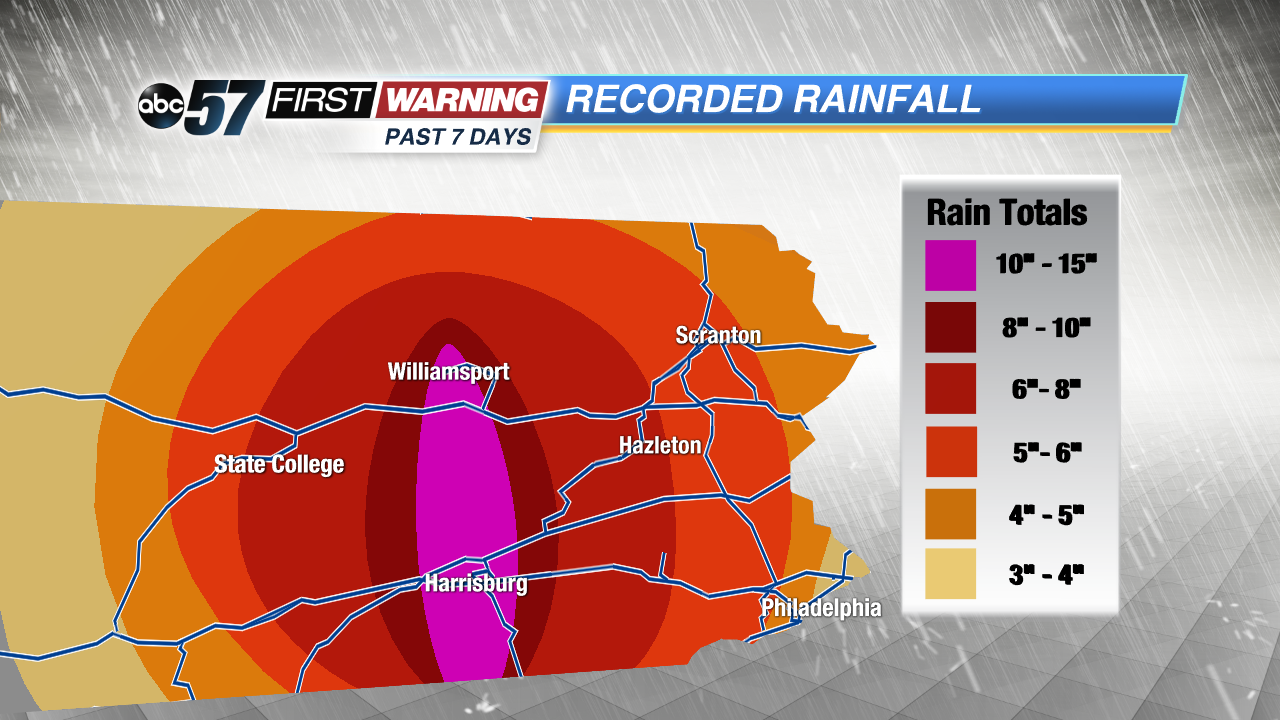 Thanks to high pressure over the Atlantic, rounds of heavy rain have been moving into the Pennsylvania area, causing very high totals and flooding.

The amount of rainfall that the area has received over the past 7 days is just incredible. Harrisburg, Pennsylvania's capital, Hershey, and Williamsport all got 10 to 15 inches of rain, causing the flooding problem. Amounts drop off on either side of the bullseye. 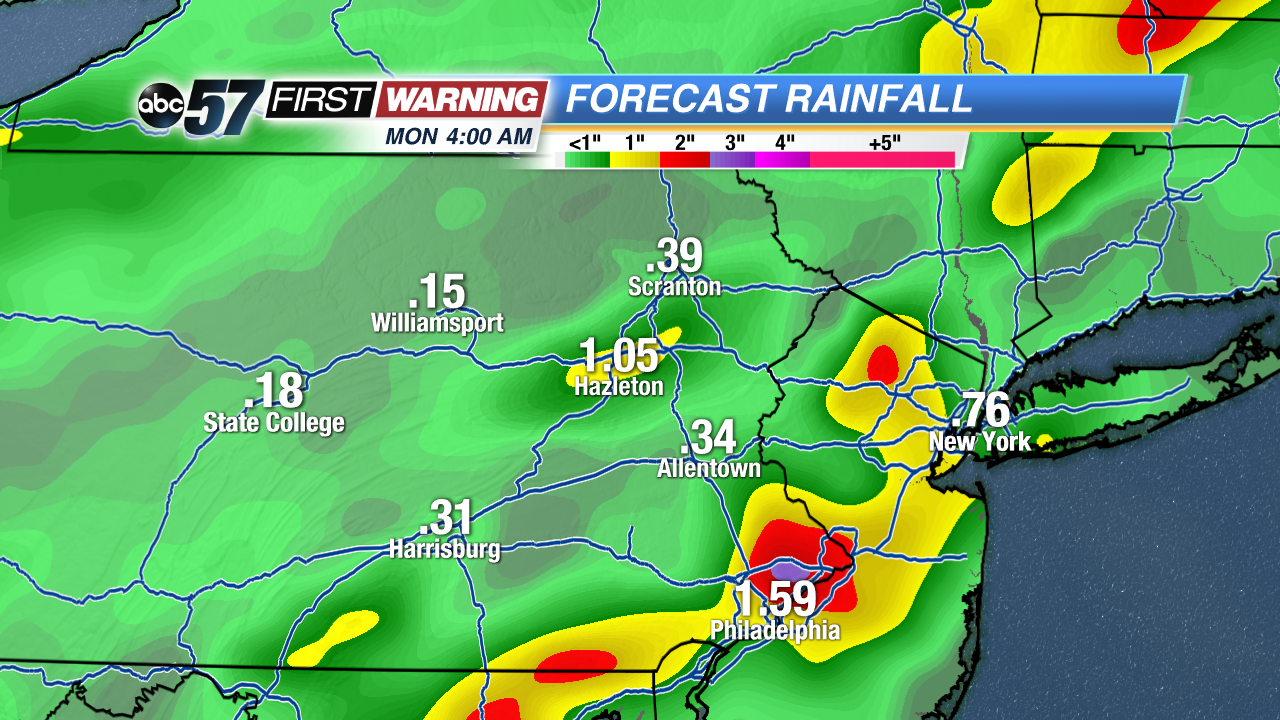 Rain chances really fall down over the next few days. Here's what the region could see come early Monday.

Luckily, over the next couple of days, rain chances really start to dwindle as the same areas receiving the big numbers will likely only a quarter of an inch more at the most. And all of this flooding is coming right before a big racing weekend in Pennsylvania at Pocono Raceway. 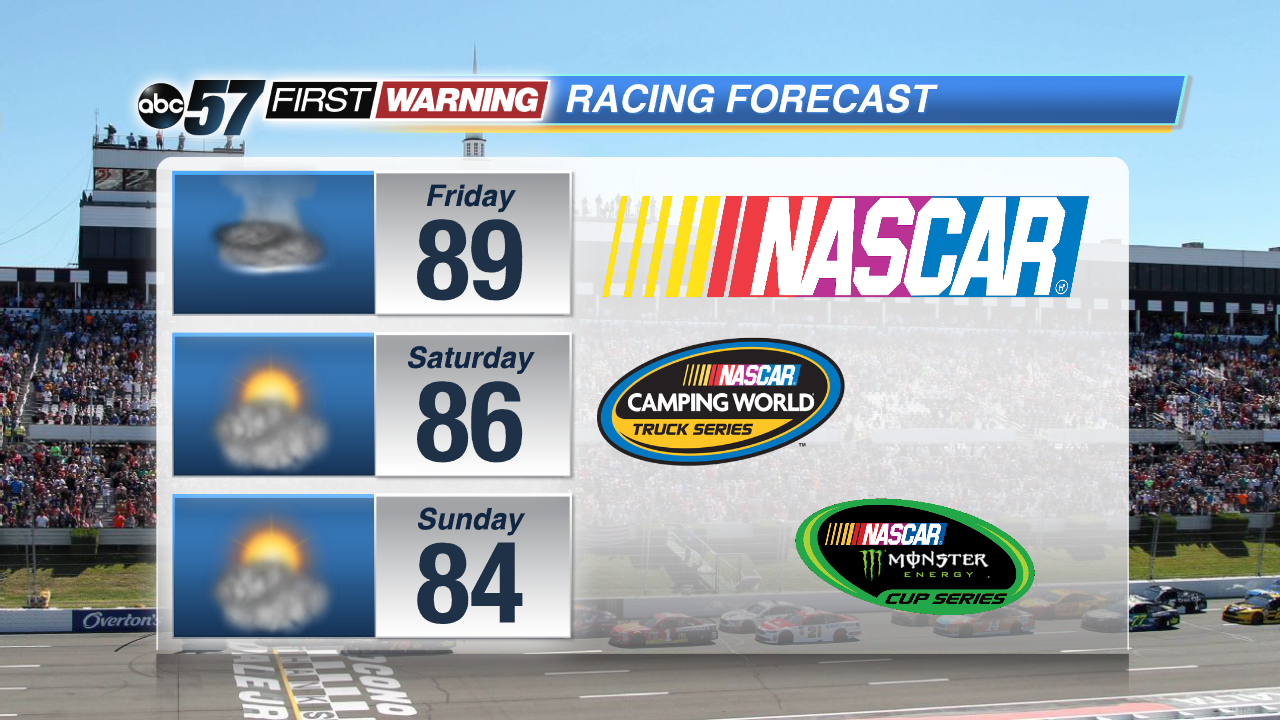 Two races are occurring at Pocono Raceway, one on Saturday and the other on Sunday. 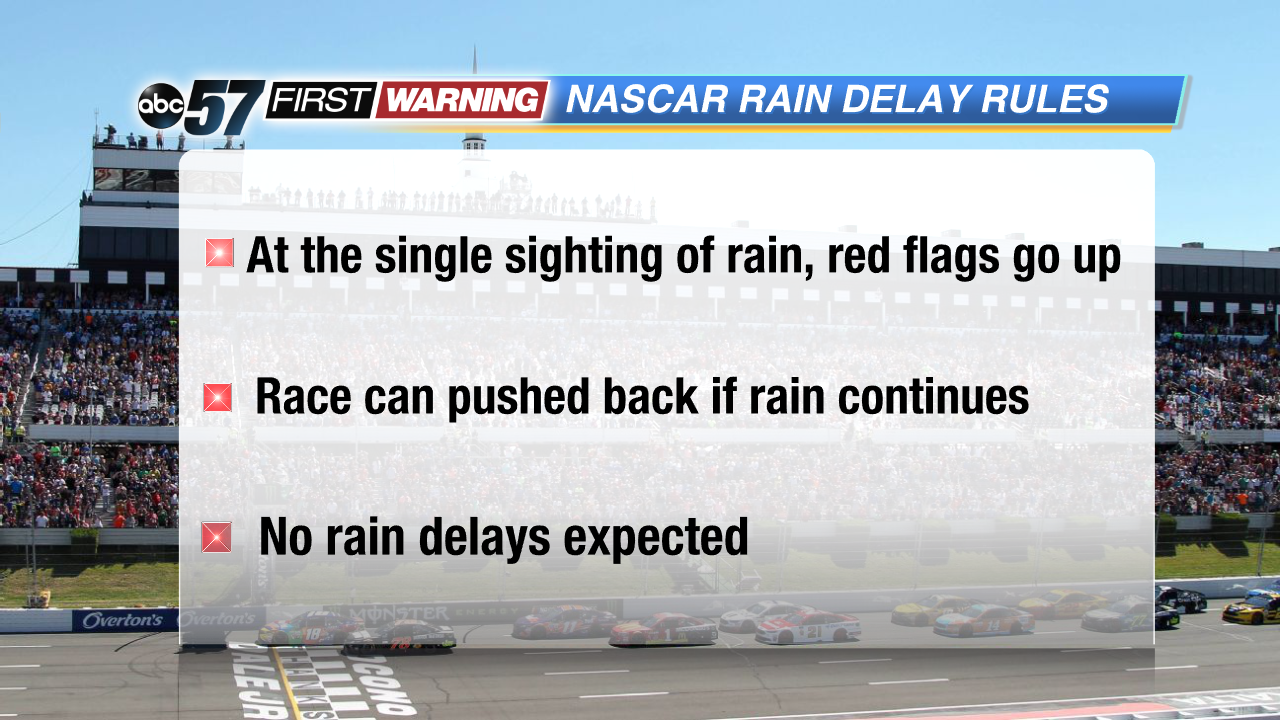 NASCAR takes any amount of rainfall very seriously, since wet pavement does not mix well with breakneck speeds.

This is the same area of the state that has been slammed with rain over the past week and a half. Luckily, it looks like things will start to dry up quickly for central and eastern Pennsylvania, once we get to the weekend. One more round of showers and storms is possible there before drier conditions and more sunshine return for the Camping World Truck Series race Saturday and the Monster Energy Series race  Sunday at Pocono Raceway. This is good news for race fans because NASCAR takes any kind of rainfall very seriously. At the slightest indication of falling rain, all activity stops. Drivers are immediately taken off the track and they must wait for the rain to pass before they can dry off the track and resume the race. If rain continues, they can push the race back a day, but we shouldn't have any problems. So, if you were planning on watching the races this weekend, you should be good to go.

For more on the racing weekend forecast, click down below: