Pentagon: Military suicides up in 2012 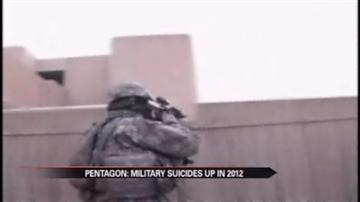 The pentagon released new figures Wednesday showing that battle casualties are no longer the main cause of death for members of the military.

The US military's suicide rate jumped 15 percent last year despite the Pentagon's efforts to lower it.