People of all ages remembering veterans on Memorial Day 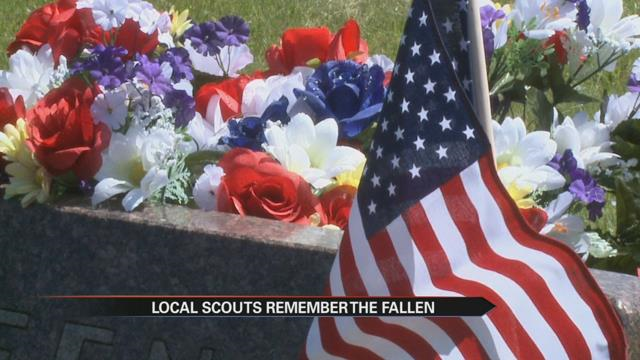 People all across Michiana have plans to remember military veterans on Memorial Day. Each year the American Legion Post 308 in Osceola puts American flags on veteran's graves to honor them.

They have been doing this for more than 20 years at various cemeteries in Osceola. This year they teamed up with a local Cub Scout Pack 522.

"It’s really fun because we’re all supporting tons of people that were in the military,” said Cub Scout with Pack 522 Dallas Donaldson.

With each flag that was placed on a gravesite, it was followed by a salute to show respect.

“It’s just an honor that veteran deserves. For what they have served for, you don’t want to forget that, nobody should forget that,” said Post Commander and Army Veteran Steve Pontius.

The Cub Scouts learned that it is because of brave men and women why they can enjoy the freedoms that they do.

“That really keeps me safe because if we didn’t have the Army then all of us would have to obey the people who are trying to fight the Army,” Donaldson added.