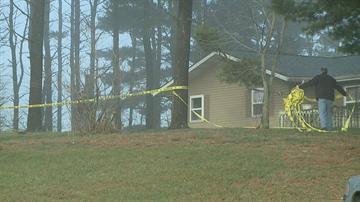 Upsall was found shot in her home on West Olson Road near Rochester, Indiana, by her family at 7 p.m. on Tuesday.

Police said they believe the crime happened Tuesday between 7 a.m. and 1 p.m. and are calling it a possible murder investigation.

People who live in nearby Leiters Ford said this just isn’t normal for the small community.

"I walk here to the tavern, to a friend’s house, and never think anything of it and now thinking about it.  I'm not going to walk the street right now until they figure something out and figure out who did it,” said Rhonda Cole who babysits just down the road from the crime scene.

Cole said she normally feels comfortable leaving the door unlocked when she is inside, but after hearing of the shooting she’s making sure the doors are locked.